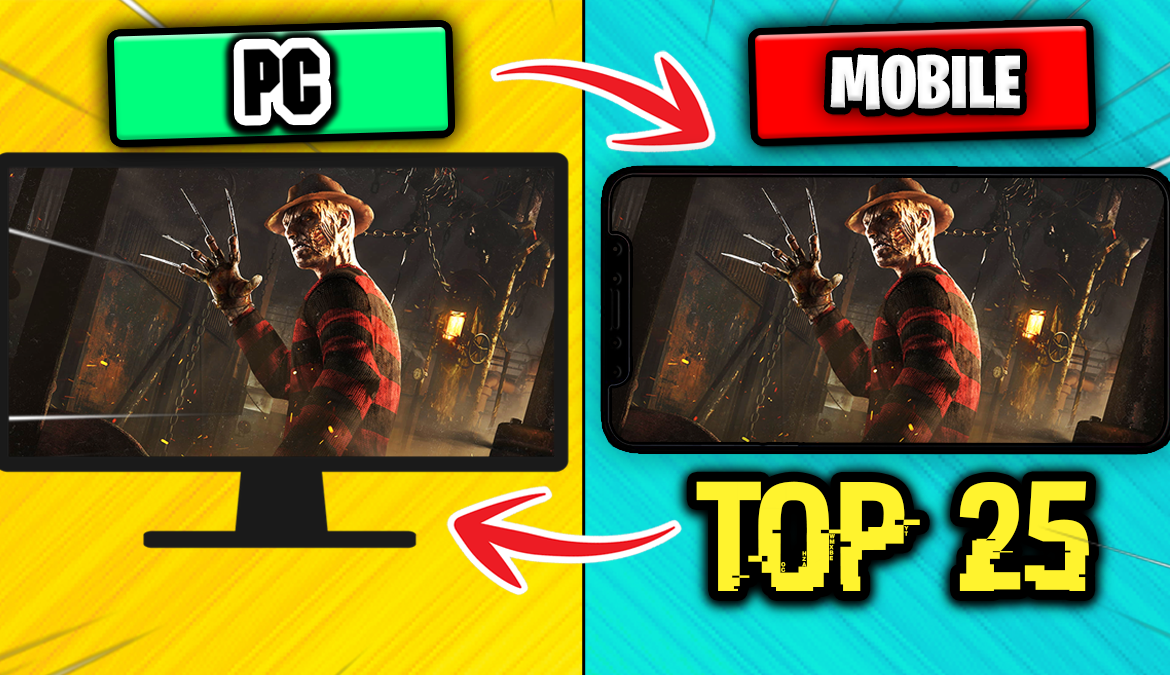 There’s no doubts that every mobile gamer would love to play PC / PS4 / xBox games on their phones, that would be a dream for all of us, and even so, there is actually plenty of PC and console games that got ported to the Mobile market for the Android & iOS!

Fortnite Battle Royale, you’re looking at online multi-player combat where 100 players take part in a grisly fight for survival until only one player is left standing. This time, Fortnite Battle Royale comes in an Android adaptation by the hands of Epic Games studio. In good form, none of the original scenes or game system was altered, and are left entirely intact on your smartphone.

Fortnite is not available on iOS due to the ban :/

PUBG MOBILE delivers the most intense free-to-play multiplayer action on mobile. Drop in, gear up, and compete. Survive epic 100-player classic battles, payload mode and fast-paced 4v4 team deathmatch and zombie modes. Survival is key and the last one standing wins. When duty calls, fire at will!

Unruly Heroes” is a 2D action-adventure mobile game. The story is inspired by China’s first mythological novel “”Journey to the West” and strives to bring players an innovative experience through a fantastical art style and hilarious plot.

PAKO 2 is an arcade driving game where you work as a getaway driver. Pick up your crew from heist spot, escort them to safety in dramatic chase against the cops, repeat and compete in the leaderboards! Every run gains you money which can be used to buy new rides and locations. Get in, get out, get paid!

Manipulate Mimpi the dog’s dream to help him find his human!

ROOMS: The Toymaker’s Mansion is a unique puzzle game inspired by sliding puzzle and platformer games. In a twisted mansion made of rooms that slide like puzzle pieces, the player should find a way to the exit by moving rooms and using what’s inside them. As the player explores the mansion, various gadgets are introduced and make the puzzles more tricky and challenging.

Life as we know doesn’t exist, hordes of undead and demons have emerged and now rule the earth. Killing the undying would not be enough, instead humanity developed an extremely advanced AI technology to manipulate specialized forces, now called “Agents”, in order to command from headquarters.

fast-paced is an understatement! Barrier X will be an ultimate test to your reaction and the ability to make lightning-fast decisions! Just follow these simple rules: don’t stay on Red, shoot your enemies, and feel the speed! Key Features: Insanely fast gameplay!

Emily Wants to Play Too offers tons of fun new survival horror gameplay and strives to creep you out. It is much larger than the original game, including new characters, new games, better visuals, and all new ways to scare your pants off!

Unknown Fate is not available for iOS…

Put your gloves on and play our new single player adventure – Woodlands. Progress along the trails of a beautiful forest and discover a new way of playing but watch out, new enemies are lurking behind the trees!

Engage in action packed battles in this beautiful snowball game – this time with cool gadgets and powers you once wish you had!

Merry Snowballs is not available for iOS…

This non-game has not been remade with a new game engine for better performances. And we haven’t included some new enhanced graphics and new voices.

This is a platformer game set in a crazy world, with infinite fun and hardcore challenges. What sets this game apart is that the main character simply can’t stop, so the onslaught of enemies, barbs and bullets will be intense!

Lost Socks: Naughty Brothers is not available for iOS anymore…

Metal revolution is not available for iOS yet…