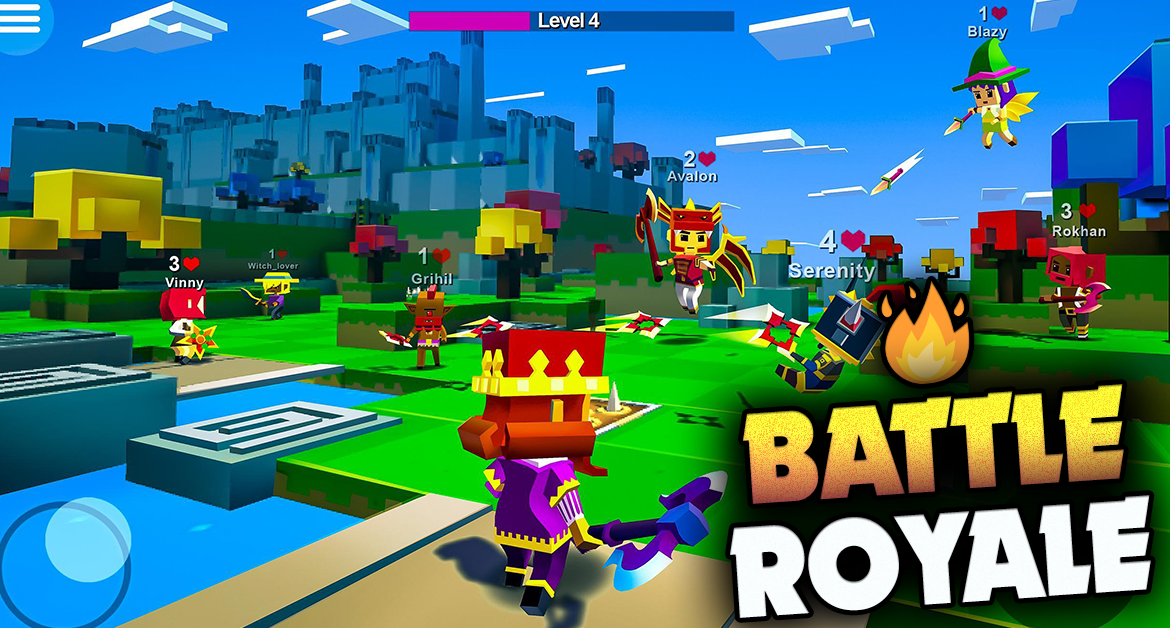 Battle Royale games are one of the BEST category of games that ever happened to mobile gaming, and today we are covering 16 Best Battle Royales Games for Android & iOS

In today’s video we tried to walkthrough the best NEW Battle royale games & updated ones for Android/iOS. We did not mention any of “PubG, CODM, Fortnite Mobile” in this list as they are pretty popular and (almost) everyone knows about these Battle Royale Games.

Welcome to the brand new RULES OF SURVIVAL arena, where the deathmatch has now been raised to a thrilling epic scale! This is a Battle Royale game now played by over 280 million people worldwide.

Beware, your safe zone is shrinking! So collect scattered weapons, arm yourself to the teeth, and wield your tactics like no other.

Alert !!! It is not just any survival game. You will re-write the RULES OF SURVIVAL! Come embark on a world-class battle royale NOW!

Fight for survival in an epic last man standing multiplayer battle royale – but not as you know it!

Made for mobile, Battlelands Royale is a casual gun game for everyone to enjoy. With 32 players and 3-5 minute battles it’s pure non-stop carnage! No waiting in lobbies; no complicated menus to navigate. Just play, parachute, loot, shoot and survive!

Choose your favorite animal characters.
Brawl for free online with your friends in multiplayer adventure survival games. Win prizes and upgrade your animals.

Enjoy Battle Royale like never before in this retro-inspired action game!

In this cute yet deadly world, animals are fighting over their chance to reign over the land! However, only one animal may rule them all… Experience this chaotic, fast-paced, and action-packed world by placing down bombs, blowing up crates, opening treasure chests, collecting power-ups, avoiding traps, and eliminating your opponents while trying to remain the last one standing. Do you have what it takes to become the leader of this land?

Action-Packed Real-Time Combat!
– Feel the rush of competition as you face off against foes in real-time!
– Use skill shots, dodge, and parry! Only the fastest and most skillful will reap the glory of battle!

Endless Fun with Various Game Modes
– Which of the 12 gladiators will emerge from the arena victorious?!
Compete against players from all over the world in an exhilarating battle royale match!
– Duke it out with your friends in Friendly Mode to see who’s best!

Battle Royale Mode released : Survival mode to be the last one in all players.

Using various heroes with different abilities, you can play various roles in battlefields such as ‘Assault’, ‘Deathmatch’, ‘Escort’ and ETC.
Each hero can be raised individually, they also have own ‘ranking’, ‘weapons’ and ‘skill’.

🤜💥🤛 Fight and compete ONLINE against REAL PLAYERS in BATTLE ROYALE and DEATHMATCH.

A survival mobile shooting game you never tried before – Hopeless Land, which can support 121 players fight in one fatal survival game at same time.

If you want to try more fatal and more strategic battle royale game and enjoy simpler operation, don’t hesitate, download and be a warrior Hopeless Land for free now!

Dinos Royale is a PvP battle royale game viewed from a top down perspective played in short 3-5 minute matches making it perfect for mobile play on the go! No more lengthy battles you don’t have time for that take an entire fortnite to play! 😉

Dinos Royale features easy to pickup dual stick controls with a simple on screen inventory system for comparing and equipping all of your gear.

Join the millions of players who have played ZombsRoyale.io and choose from the many available game modes to play on the go, including an ever changing rotation of limited-time game modes.

💣 TopGuns.io is a mobile battle royale where you shoot with a weapon like your life depends on being the last player alive. Winner takes all!

Battle royale is a fun game mode where players fight to survive in a limited space and be the last man standing.💣 TopGuns.io

⚔ AXES.io is a mobile battle royale where you toss axes like your life depends on it to be the last player standing. Winner takes all!

You’ll love AXES.io if you already love other io and battle royale games.

Tired of the monotonous and boring battle royale games or shooting games? Then relax in the fast and dynamic battles of Battle Royale 2020 Shooting games online!

Land and clash into the battle, destroy your enemies without long training, thanks to intuitive and convenient controls in this survival shooter.

Use all your battle skills to defeat enemies: shoot with various weapons, use grenades and mines to win in the battle royale.