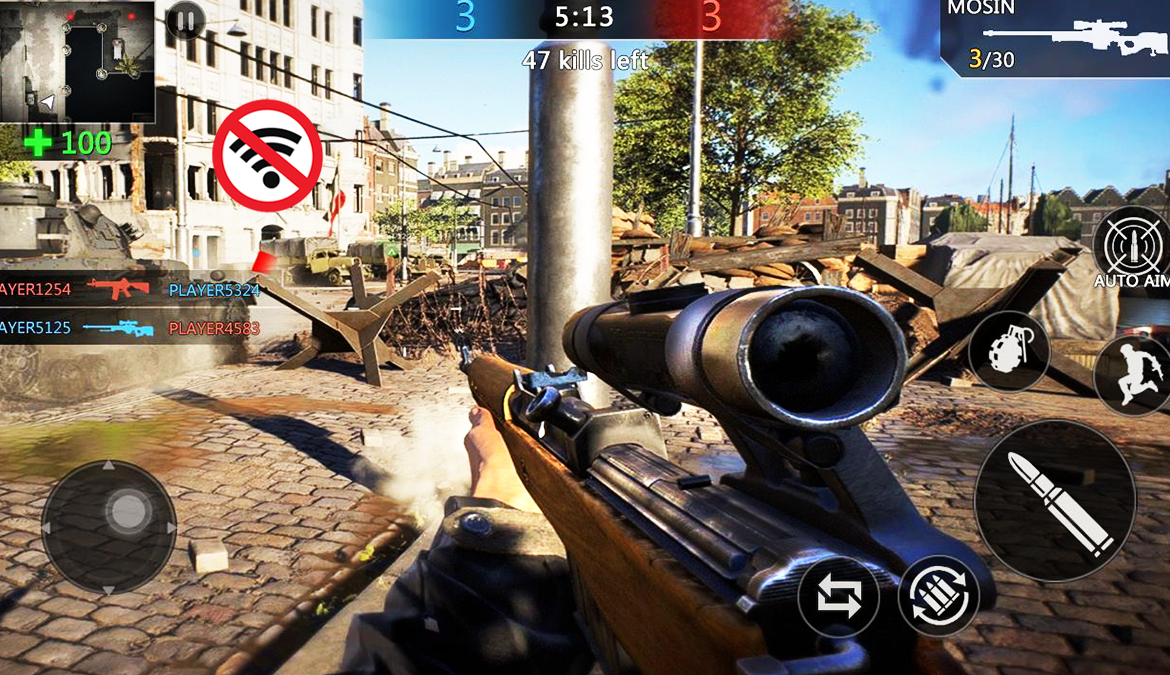 We all love playing First person shooter games A.K.A FPS games, and in today video we are covering 14 Best OFFLINE fps games for android & iOS so you can enjoy playing on your spare time!

Here are the games:

Welcome to city 17, a dark dystopian Cyberpunk city in the year 2069. Multi trillion dollar mega corporations rule the world. The 3D world for cyberpunk 2069 was designed with great time, effort and care and the sound tracks were very carefully selected to set the perfect Cyberpunk mood and immersiveness for the game. You are a muscle for hire.

BattleOps has 3D graphics and a great soundtrack that will submerge you in the action. This game also features various offline playing modes where you can complete in exciting raids and fire incessantly on all the enemies that cross your path.

Life as we know doesn’t exist, hordes of undead and demons have emerged and now rule the earth. The human race was forced to live in underground shelters in order to survive. To take what used to be theirs, humanity gathered forces and established small specialised teams to eliminate the threat.

Parts that can be customized are barrel, handguard, muzzle device, bolt carrier group, etc. There are various combinations. Therefore, you can build various weapons specialized for various battle conditions.

This is not a mission for the weak hearted. You will be put in the line of fire against a tough and determined enemy with ties to Militia leaders & madmen willing to die for their cause.

Z.O.N.A Shadow of Lemansk Redux — is an epic, story-driven first person post-apocalyptic shooter from AGaming+ that blends deadly combat and stealth with exploration and survival horror in one of the most immersive game worlds ever created.

N.O.V.A. Legacy brings you the best 3D sci-fi FPS experience based on the epic first episode of N.O.V.A., which received critical acclaim — all in a compact version of the shooter.

Let’s have a crack at an alien shooting game combined with survival theme.
You are a space engineer who trapped on a distant planet with your dog.

Zombeast is an innovative OFFLINE survival shooter with one purpose: kill them all! In order to fend off an army of dead you have to become a high-skilled zombie killer!