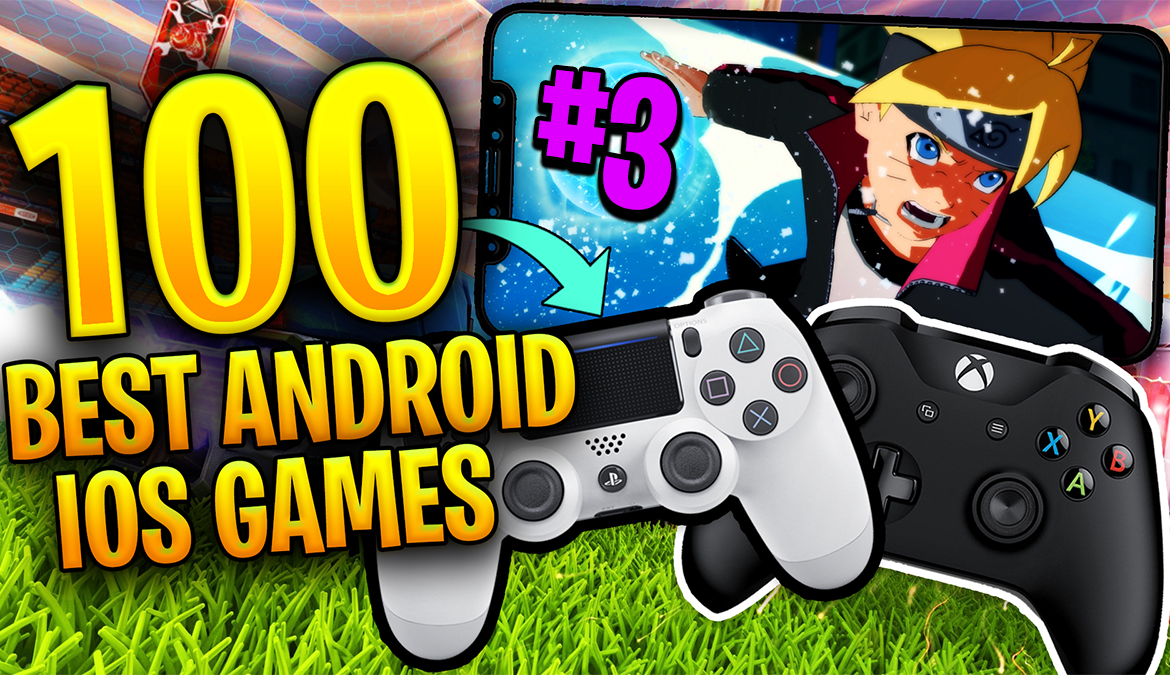 What makes playing mobile games better? it sure is playing with a controller. We decided to cover an amazing list that contain 100 Android & iOS games with controller support and this is Page 3. [From 50 to 26]

Searching for a new game with interesting and engaging story? Or are you looking for breakneck immersive battles in dungeon crawler setting? Or maybe your aim is to find something like old school 8 bit games but with rpg elements at the same time? If so, then Endurance is best choice for you!

Run and flip gravity at lightning-speed through twisted levels that will challenge your timing and reflexes.

Keep the balance to avoid traps, enemies and move through narrow passages. Defeat challenging bosses and discover the story behind the corruption of Odium’s world.

Run through dense forests, underwater caverns, and pirate ships in search of your kidnapped sister in this epic platformer game. Stomp, kick, and slash your enemies with 40 melee weapons and an arsenal of moves. Battle Pirates, Ninjas, a Giant Penguin and more!

In the horror you will find yourself in a creepy city filled with secrets, monsters, and adventure. Take an action and save your sister from Pennywise the clown, find out the mystery of Death Park and the origin of the scary clown! 😃🤘🏻

Top Run is endless runner with platformer elements. Play as Kevin and his dog Buddy and make your way through the neon city full of dangerous enemies.

Dead Effect 2 is a console-quality action sci-fi shooter with RPG elements.
Challenge yourself in of its enticing storyline, with tons of upgradable weapons, gear and high-tech body implants.

MadOut2 BigCityOnline is a Grand Theft Auto-style ‘sandbox’ game where you get to play a two-bit criminal. In the beginning, as usual, you can only complete minor, and mostly unimportant missions, but as you go on, you’ll be able to improve your position and aspire to more important missions.

You are a Nobleman. You have the best equipment, the best weapons, and the best armies. Only you can destroy the enemy!

The year is 1896, and war has begun… To your right, Militia are cut down by saber wielding cavalry. In the distance, cannon fire echoes as a lumbering Steam Tank fires its auto cannons. Your Gatling Gun Team unleashes a salvo of fire, cutting down an enemy squad like wheat. Behind you, the drone of your Frigate Class Airship reassures you before unleashing its salvo of supporting fire.

You are a Nobleman, and it’s up to you to lead your armies to victory!

An epic blockbuster action-RPG featuring Super Heroes and Villains from the Marvel Universe!

The Avengers, Guardians of the Galaxy, Inhumans, Defenders, X-Men, Spider-Man, and more! Over 200 characters from the Marvel Universe are available to play!

So forget everything you know about racing, because all you need here is your instincts, real skill and a fearless desire for speed. You’ll race around sand hills, charge through canyons, drift across the dirt and climb past your opponents to reach the finish line as part of an absolutely extreme racing experience!

Respawnables Heroes is a genre-defining tactical Hero Action game with the best graphics on mobile devices and thrilling PVP multiplayer 4v4 matches! Build your all-Stars Heroes team with their unique personality, skills and abilities, and play your way across multiple maps and game modes as you engage in jaw-dropping action!

A Resurrection after death. There is a Knight and a Tombstone of a Lady
in the Delusion of space.

When the Night falls with the sound of wheels, those who are drawn to the Tombstone come close, and the Knight spends the Night fighting against them alone.

Revenant Knight was removed from the iOS store….

Extraordinary Action RPG, do you have enough control technique for playing hero? Never a dull moment when playing this action-RPG. In order to conquer the Boss, all you can do is to challenge and practice continuously!

Story of Sammy, a girl blinded in war, and her journey to find her lost parents.

Play as Sammy and step into a perilous journey into the unknown, with the help of her seeing-eye dog Deli… Every decision you make will influence her fate…

Enter the city of San Gracas, the hub of corruption and gang warfare, occupied by crooks and low lives, leading its inhabitants to adapt or break bad.

Experience a top-down, multiplayer shooter, with fast paced fights like never seen before in the top down genre.

Taking it’s inspiration from the legendary retro games of old, Super Soccer Champs is football the way it should be : Simple, fast, flowing and with the power to play make-or-break passes and score amazing goals put firmly in your hands.

Take part in a huge World of Soccer, with Continental championships and Domestic Cups as well as League play. Handle transfer negotiations, player training and scouting, or just play the matches!

For years it had been used as a massive prison complex, where all the most dangerous criminals were sentenced for life to be kept locked away in forever. Thousands of thieves, thugs, and killers festering in their anger and rage, wanted to break free.

Now, the prison’s walls have fallen…

Life as we know doesn’t exist, hordes of undead and demons have emerged and now rule the earth. The human race was forced to live in underground shelters in order to survive. To take what used to be theirs, humanity gathered forces and established small specialized teams to eliminate the threat. This action was called Project Rest in Pieces, aka R.I.P .