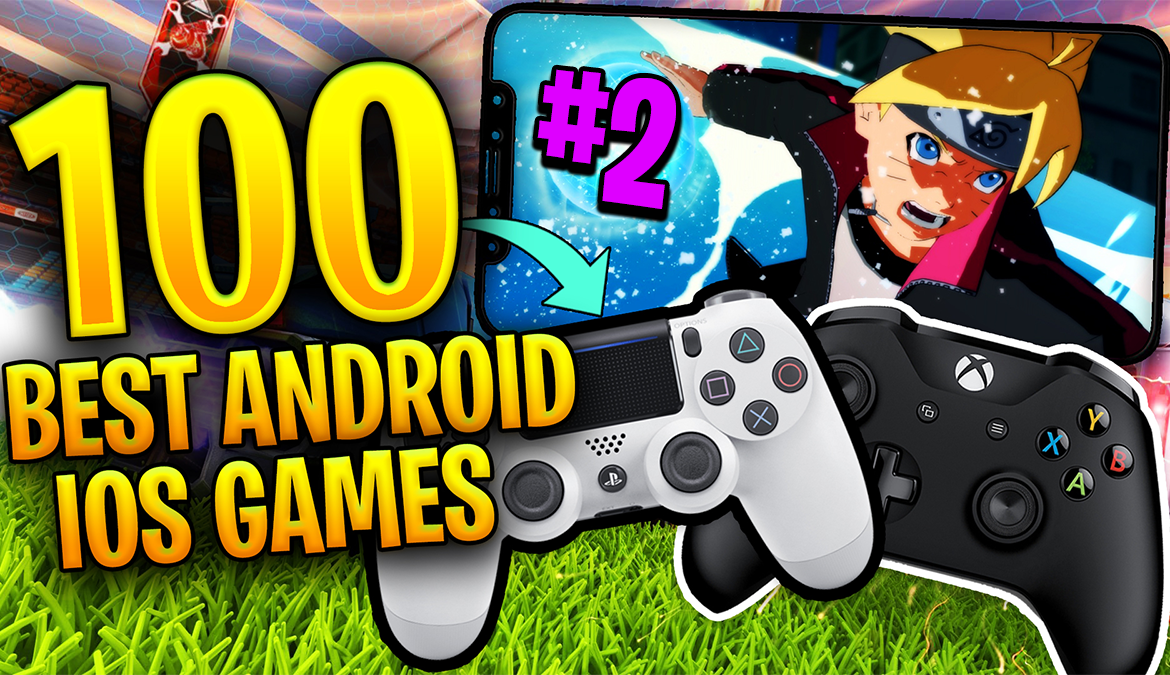 What makes playing mobile games better? it sure is playing with a controller. We decided to cover an amazing list that contain 100 Android & iOS games with controller support and this is Page 2. [From 75 to 51]

Looters is a 2D side-scrolling platformer where you must steal and defend your castle from other thieves.

Traverse your way through several levels with deadly traps preventing you from breaking into the castle. Defend your castle from other looters by creating your very own obstacle course. Can you create an impenetrable level that no thief can ever break? Show them who the true looter is!

Looters isn’t available on iOS yet….

I, Gladiator offers an almost too real experience of a bloody gladiatorial combat. This is not a simple hack & slash game. To prevail you would need to be cunning as well as strong, work out a strategy for every level, use environment to your advantage, notice and utilize enemy’s weaknesses and last, but not the least, win that spoiled crowd.

Election Year Knockout is like a White House Correspondents dinner with boxing gloves, uppercuts, and haymakers! The game hits both sides of the aisle hard, picking on Democrats and Republicans. Unwind after voting in your local primary, caucus, or the general election and give your favorite (or least favorite) politician an uppercut to the face!

Top Boat: Racing Simulator 3D is a driving game where you have to try to be the first one to the finish line. That said, instead of driving a car, you’ll be driving a speedboat.

Unleash the power of your fists, spells and weapons in this pattern-based adventure. Hone your reflexes and be one with the environment as speed and rhythm become second-nature. Play with powerful heroes and unlock all their abilities and secrets to help better dispense your foes. Reach new and faraway lands not yet discovered by fellow travelers. Be a Flipping Legend!

Bright Memory is a first-person shooter set in a futuristic world where you play as a special agent whose mission goes sideways when an accident sends him soaring through space toward a totally unfamiliar place.

Castle Ramble is an infinite Roguelite Platformer for your mobile devices from the developers of Unbroken Soul! Train your king, customize it, and recover your castle from the invader pigs!

Stormblades is a 3D action game openly inspired on the brilliant Infinity Blade where you explore the ruins of a lost civilization while you fight the colossal Guardians.

Dadish 2 is an arcade game where you help a radish make its way over countless platforms, advancing through various 2D scenarios and trying to find your lost children along the way.

Join the Angry Birds on a magical Slingshot Adventure to recover the Egg Wonders!

Drive your rig on the hills of your own open world, get into a boat and explore islands, pick a helicopter and fly freely to the top of the mountains or just walk around if you need a peaceful hike it’s up to you.

Crack your knuckles and take a deep breath because the ultimate twitch runner has arrived. It’s called Super Glitch Dash for a reason, people: because it’s really, really super. It takes everything you loved about the acclaimed original and cranks up the volume to eleven.

In Warplanes: WW2 Dogfight, you take control of over 30 historical airplanes – from classic fighters to light and heavy bombers. The Spitfire, Hurricane, Lancaster, II-2 “Shturmovik”, La-5FN, Ju-87 “Stuka”, and Fw 200 “Condor” are just some of the many beautiful machines you can fly, repaint, customize and upgrade.

Join Phil in his latest Faily Adventure as he finds himself hurtling through downtown “San Fran Faily” on a Skateboard.

In this physics-based game you must maneuver an endless cityscape full of dangerous and hilarious obstacles including busy streets, alleyways, parks, buildings and rooftops resulting in the usual Faily fun and near misses and best of all ultimate CRASHES.

Ire is arguably the first tactical action RPG of its kind on mobile. Ire requires the learning and application of tactical skills to defeat enemies, who would otherwise brutally punish any gamer expecting easy casual battle.

A multiplayer third-person shooter starring mechanical titans created by professional developers. True console gaming is now available on your mobile device! Obliterate your enemy with superior tactics and firepower at the touch of your fingertips!

Gridpunk isn’t available on iOS yet….

52 – Champions of The Fields

Prime Peaks is a racing to the top in Prime Peaks – the most exciting hill climbing game! Take your driver through challenging, realistic courses and challenge your friends to see who is the best hill climber.