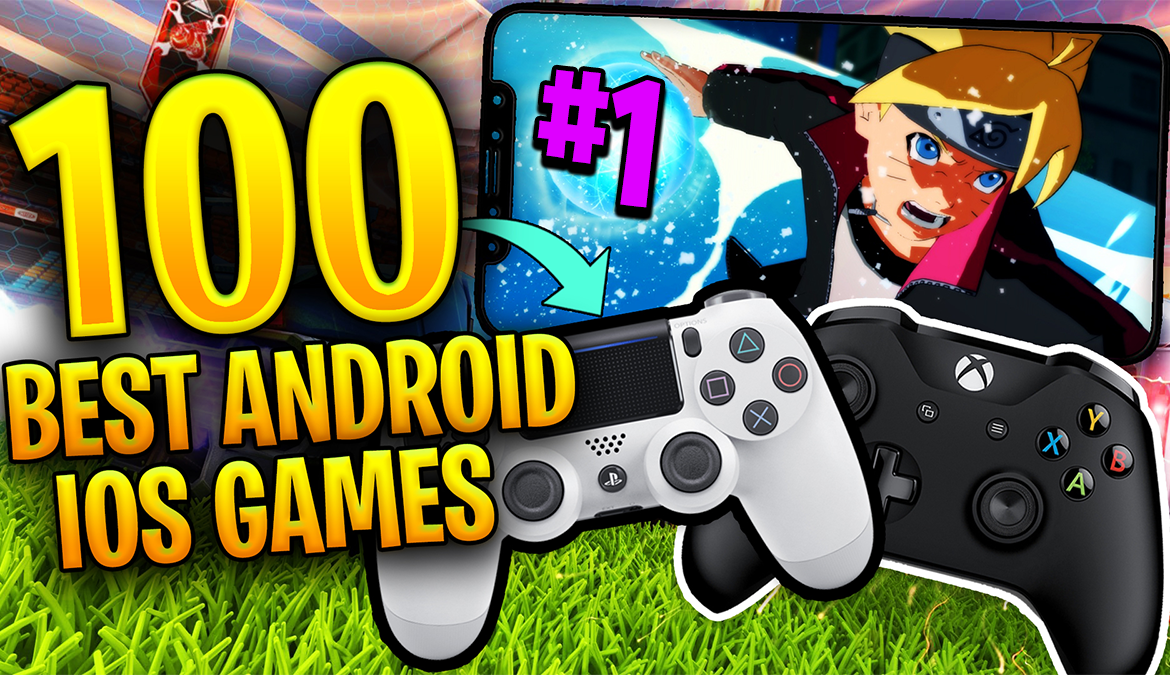 What makes playing mobile games better? it sure is playing with a controller. We decided to cover an amazing list that contain 100 Android & iOS games with controller support and this is Page 1. [From 100 to 76]

Sky Duels is the arcade style flying game you’ve been longing for – redesigned for mobile. With more than 20 aircraft to play, sharp controls, an enjoyable game-play loop, and bright and attractive visuals, flying on your mobile device has never been more fun.

An epic fighting game for casual and veteran fighting game players and free 1v1 fighting game designed for mobile. Choose from the initial 18 playable characters based on different fighting game archetypes and defeat the final boss Meaty Titan. More characters, bosses, & stages will be unlocked in the future.

Slice, lob and hit your best top spin as you take on the world’s best and compete against 50 players in 18 stadiums around the globe. Build concentration by making plays that match your player’s style; unleashing a super shot that will make your opponent sweat. Enjoy hours of game play through different modes, shots and courts.

In Crossy Road you have to dodge traffic, hop across logs, sidestep trains and collect coins. Make sure you don’t stay still for too long or you’re toast!

An epic fighting game set in an age of myth and legend that shows you exactly what your mobile device is capable of!

The souls of the most powerful gods have been summoned to brutal battle. Fight to restore peace in the most graphically amazing game for mobile. A pantheon of champions is yours to train to new heights and take to war as you enter an epic story full of daily challenges, mystical prizes and PvP combat.

The world of Evil Lands is like a dungeon full of darkness. Compelling quests make this epic action RPG even more exciting! TWO GAMEPLAY MODES. Cooperative mode lets you immerse in the exciting epic battle and raid against evil while joining forces with other players.

Apple Knight is a modern action platformer with precise touch controls, fluid movement, and smooth animation. Explore vast levels filled with secrets, quests and loot. Defeat tough bosses. Fight your way through hordes of evil wizards, knights, and creatures – or activate traps to take them out from a safe distance!

Beach Buggy Racing 2 is a 3D racing game where you compete neck to neck on colorful beach circuits full of booby traps and thrills that are yours for the taking.

Moto X3M brings awesome bike racing with beautifully crafted levels straight to your mobile. So grab your motorbike, strap on your helmet and grab some airtime over obstacles and beat the clock on amazing off road circuits.

Zombie Age series returns with a lot more of savage zombies, deadly weapons and unique heroes. Enjoy the zombie slaughter with your own style. And If you’re about to look for the best zombie shooting game, look no further!

Taichi Panda is a traditional dungeon crawler, only instead of controlling an assassin, a wizard, or an armed-to-the-hilt paladin, you control a panda bear with deadly fighting skills.

The sci-fi wild west adventure in outer space continues with Space Marshals 2. This tactical top-down shooter puts you in the shoes of specialist Burton in his struggle against the criminal elements of the galaxy.

#DRIVE is an endless driving videogame inspired by road and action movies from 1970s. As simple as possible, allowing the player to pick a car, pick the place and just hit the road. Just be aware not to hit anything else.

Bubble Man is featuring a fun and challenging game which is impossible to let go! Roll over the roof with your favorite characters. Master the climb, unlock all the characters and share your highest score with your friends!

Experience all the fun with Head Football, the most frenetic game with all the official teams, stadiums, and cartoons of LaLiga Santander’s stars!

FIE Swordplay is the first mobile game with real athletic rules for fencing with foils, swords. Learn real techniques — from simple thrusts to powerful lunges and devious feints. Play against an AI opponent or challenge a social network friend to a duel.

Geometry Race is a 3D racing game where you take the wheel of a ship, trying to steer it through a world full of polygons and geometric figures. The only problem is that these geometric figures can move and are bound to get in your way.

Heroes of Warland is a multiplayer shooter that’s clearly inspired by the legendary Team Fortress 2 and offers you a very similar experience for Android & iOS. Two teams of up to four players, eight in total, can battle each other inside enormous settings.

Help a woman named Hope escape in a thrilling and topical stealth-action game that explores the perils of government surveillance in the Internet Age.

Track Mayhem is an infinite flyer that puts you in a seat of a quantum levitating spacecraft flying at incredible speeds through a challenging obstacle track in space.

Your swamp is under attack! Grab a weapon and defend your home from the invading monsters, like crazed zombie-style monsters, crocodiles, aliens and more!

Come up with a strategy! Shoot weapons. Beat the monsters. Survive the attack and secure your home. The evil monsters may know no mercy, but you can beat them all – every single monster is a fun challenge!