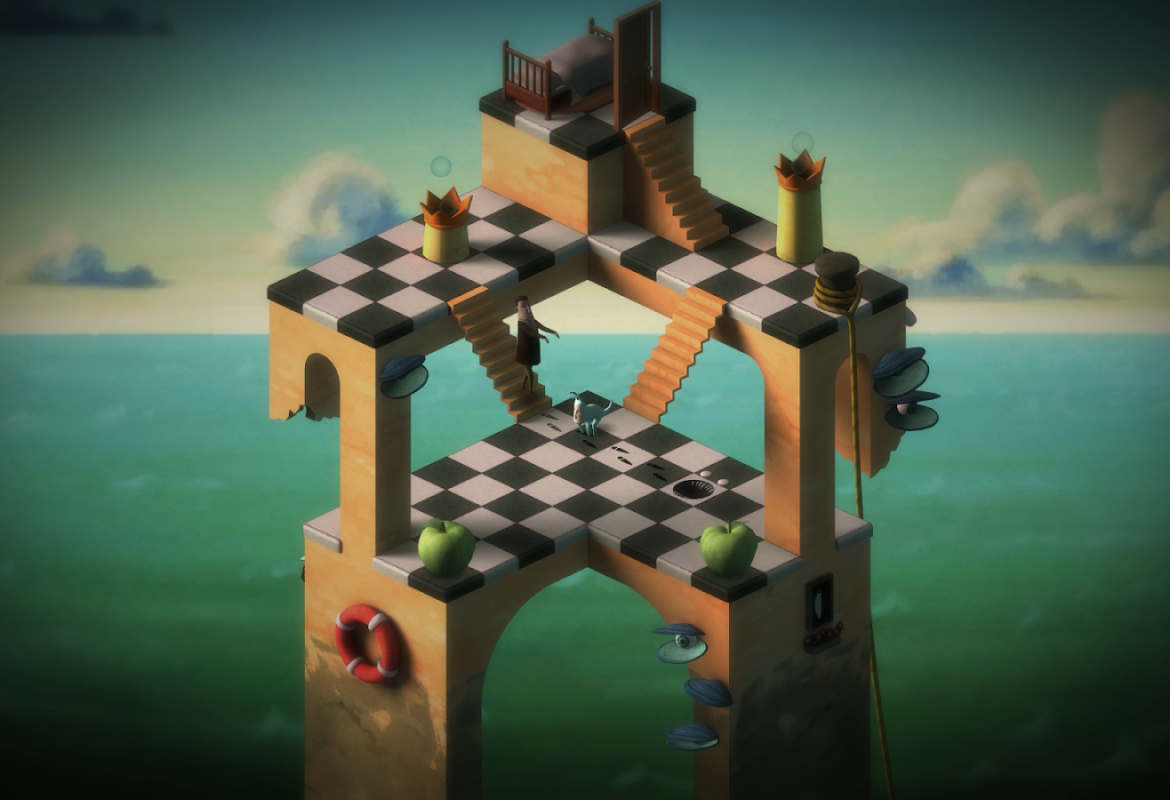 Mobile puzzle games have been around since the age when Nokia bricks were the iPhones of their day. Who doesn’t have memories of playing Snake in the back of a uni lecture hall, or on a bus to work?

Today, puzzlers on iOS and Android come in all shapes and sizes and many of the best ones are just as addictive as Snake. Here’s our top 10…

The Angry Birds are no longer the dominant force they once were. Rovio’s irate aviaries once had a permanent nest at the top of the app store charts but they’ve since been knocked off their perch by other mobile franchises. The word ‘fad’ is bandied about a lot in conversations about the series, but the core concept of slinging birds at pigs, towers and pig-filled towers is still fun today, especially if you haven’t done it for a while.

Angry Birds Space was a high point for the series, as the introduction of zero-gravity elements expanded the formula in meaningful ways. Rovio went to great lengths to research how these physics might effect colliding spheres, and the results were fun and authentic in equal measure.

Myst was a showcase title that ushered PC gaming into the CD-ROM age, and if it passed you by in the early ’90s, this mobile port will help you understand what all the fuss was about. The game, which tasks players with escaping from a puzzle-filled island, was a graphical trailblazer in its heyday and it’s easy to see why. Not only does realMyst recreate the original’s environments, its remastered visuals gives them a facelift.

Square Enix Montreal scaled down the Tomb Raider formula and repackaged it as a tabletop puzzler with Lara Croft GO. You’ll chuck spears at snakes, push blocks onto switches and, of course, raid tombs. The developer successfully retained the essence of the iconic series when reimagining it for a new genre, and the results were equally brilliant when it gave Hitman and Deus Ex the same treatment.

Linelight is one of the most relaxing mobile games you’ll ever play. From its tranquil music to the gentle glow of its minimalist visuals, this is the only app you need to soothe your troubled mind. While it’s a laidback experience, the game is also capable of giving you a mental workout. The object is to simply guide a beam of light from one end of the screen to another, but this basic task becomes increasingly complex as you play, with traps, enemies and head-scratching puzzles drip-fed throughout.

Most mobile puzzlers are solitary affairs designed to take the sting out of a commute or waiting room stay, so how about one you can play with friends? Death Squared is a charming multiplayer puzzler that’s all about coordination, cooperation and robot explosions.

The App Store is chock full of match-three puzzles, so it’s always refreshing when one comes along and puts a twist on the concept. Tavern Guardians does that by incorporating strategy elements into the mix. Tactical unit placement is just as important as matching those icons up when it comes to defeating the forces of evil.

Here’s another match-three puzzler with a twist. Marvel Puzzle Quest is basically Bejeweled with RPG elements, Marvel Comics characters and a hokey storyline about a meteor strike introducing a darkly mysterious chemical substance to our planet.

Gameplay-wise, it rarely deviates from the Bejeweled template, but that’s okay since the Popcap classic was once the benchmark for the genre. Meanwhile, the hand-drawn depictions of classic comic characters are impressive enough to earn the game bonus points from the Marvelites.

In World of Goo, players will find themselves stretching sentient balls of gunk into towers and bridges so other balls of gunk can gain safe passage to the end of the level. It sounds utterly bizarre on paper, but it’s actually one of the best and most charming puzzle titles on the app stores. World of Goo hit home consoles first, though the mobile edition is definitive, as the touchscreen controls create the illusion that you’re reaching into the world and manipulating it with your hands.

Tactile exploration meets compelling puzzles and an arcane narrative in The Room: Old Sins, the fourth instalment in Fireproof Games’ award-winning hidden-object series. Like its predecessors, Old Sins boasts gorgeous visuals, challenging conundrums and an interface that has been finely-tuned for tablets and smartphones. Download any instalment in The Room series and you won’t be disappointed, but Old Sins marks a high point for the franchise.

Indie smash Monument Valley turned the mobile world upside down when it debuted in 2014 and its incredible sequel had much the same effect. The games are based around ingenious, MC Escher-inspired puzzles that require players to twist and turn portions of the level to progress. Throw in some stylish visuals and we have a pair of whimsical puzzle classics.