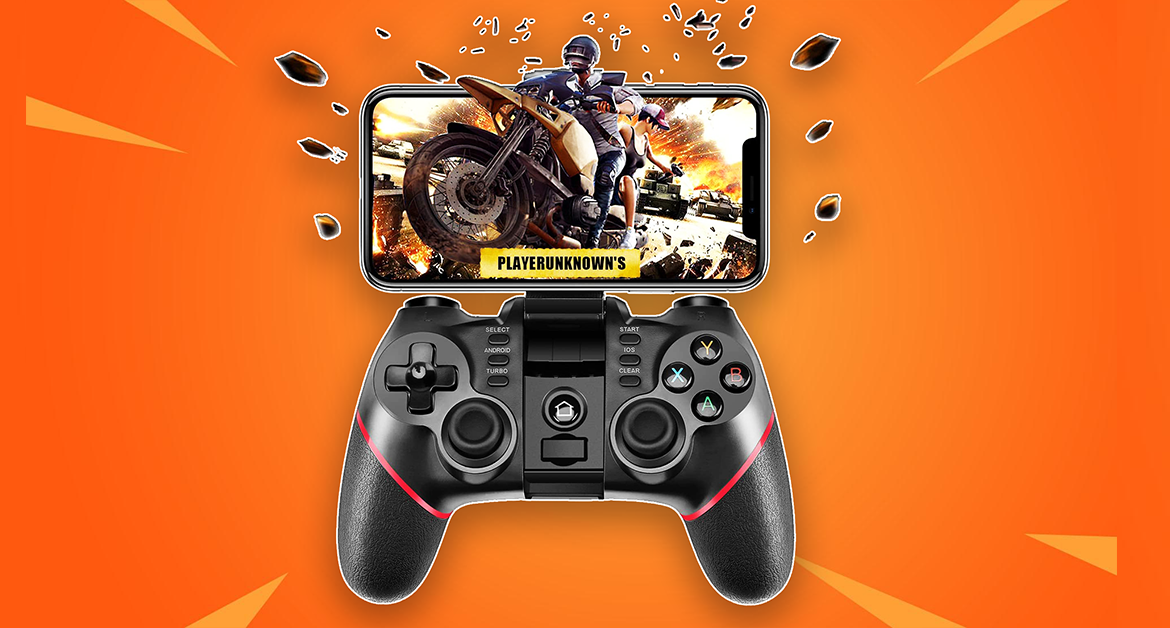 Are you looking for some good mobile games to play with your controller? but you couldn’t find any? or maybe they were too boring for you…. well look up no more, because today we converted not just 10, not 20 but 25 Best FREE Android & iOS games with controller support for you enjoy. 🙂

FREE TO PLAY ON MOBILE

Asphalt 9: Legends features a top roster of real hypercars for you to drive that is unlike that found in any other game, from renowned car manufacturers like Ferrari, Porsche, Lamborghini and W Motors. You’re free to pick the dream car you need and race across spectacular locations against rival speed machines around the world. Hit the fast track and leave your limits in the dust to become a Legend of the Track!

A CONSOLE EXPERIENCE IN THE PALMS OF YOUR HANDS
Immerse yourself in one of the most hyper-realistic arcade racing games, with meticulously detailed real cars, cool HDR techniques, and stunning visual and particle effects that turn every race into a real blockbuster race movie.

Get ready for the best zombie game. From the authors of Dead Trigger and Dead Trigger 2, successful Zombie games downloaded by more than 160 million times around the world.

THRILLING SOLO COMBAT MISSIONS
• Fight for survival in over 150 missions with an epic storyline. •Target unique zombies and bosses, including SHERIFF, DODGER, MINESWEEPER, BUTCHER and more.

BombSquad supports touch screens as well as a variety of controllers so all your friends can get in on the action.

You can even use phones and tablets as controllers via the free ‘BombSquad Remote’ app.

In the sci-fi world of Shadowgun Legends, humanity is under attack from a deadly alien invader. The last line of defense is the Shadowguns, legendary warriors and heroes. So what are you waiting for? Join the shooting games and show the galaxy who’s boss!

Lineage 2: Revolution is a groundbreaking, new online role-playing game that brings top-quality visuals, a massive open-world, and large-scale PvP battles to life on mobile devices. Players can finally experience what it truly means to have a gorgeous, fully-featured, persistent world MMORPG that can be enjoyed alongside millions around the world, all within the palm of your hands!

The time has now come for new heroes to rise, to begin a new chapter in history, and to save the world from eternal darkness.

Table Top Racing Free is the multi-award winning, combat-racer with console-quality graphics and intensifying gameplay, it offers countless hours of fun and a real challenge for players of all skill levels.

‘Table Top Racing’ pits all manner of crazy vehicles, battling each other in a world of table-top race tracks and over-sized obstacles. Upgrade your cars in the garage, master both pickup weapons and wheel weapons and explore the circuit limits and discover secret shortcuts!

Oddmar struggles with life in his village and is not worthy of a place in Valhalla. He is shunned by his fellow Vikings and must redeem himself of his squandered potential. One day he is offered an opportunity to prove himself, but at a price…

IMMERSE yourself in an epic Viking story animated as a motion comic.

Buckle up your back brace and fire up the delivery truck, it’s time to deliver! Join up to three of your friends and haphazardly get the job done in an interactive sandbox world. Delivery attempted, that’s a Totally Reliable Delivery Service guarantee!

– Single Campaign and Online Multiplayer: Go it alone to ensure the safety of your deliveries, or join your friends and put your teamwork to the test.
– Controlled Noodly Chaos: Unpredictable ragdoll physics meets snappy platforming. Sprint, leap, dive, and grapple with ease, but collide with something and you’ll be knocked out cold!
– A World of Distractions: Take a break from deliveries and play around! The world is chock full of toys, vehicles, and machines that can be used for work or play.
– Ragtag Crew: Customize your blue-collar workers and get your rear into gear, it’s time to deliver!

Fly and survive through the 🏆 Game of the Year -winning action adventure BADLAND.

BADLAND is an award-winning atmospheric side-scrolling action adventure platformer set in a gorgeous forest full of various inhabitants, trees and flowers. Although the forest appears to be right out of a beautiful fairy tale, there’s something terribly wrong. The player controls one of the forest dwellers to find out what’s going on, and discovers an astonishing number of imaginative traps and obstacles on the way.

BADLAND takes side-scrollers to the next level with its innovative physics-based gameplay combined with stunning, atmospheric graphics and audio.

BADLAND also features a highly original local multiplayer mode for up to four players on the same device, where the name of the game is survival of the fittest with no rules. It’s totally OK to push your rivals in front of spinning circular saws to survive. Or, if that’s too rough for you, you can also cooperate with your friends and play the modified single player campaign with up to four players.

Choose a fun animal and brawl for survival in this epic battle royale game! Zooba is more than a pvp battle royale, it’s a free animal game in zoo-themed battlelands. Zooba is a fun cross between battle royale and MOBA (Multiplayer Online Battle Arena), adopting the best ingredients from each genre. Fight with epic animals and survive the brawl in the battlelands in this free PvP combat game!

MadOut2 BigCityOnline is a Grand Theft Auto-style ‘sandbox’ game where you get to play a two-bit criminal. In the beginning, as usual, you can only complete minor, and mostly unimportant missions, but as you go on, you’ll be able to improve your position and aspire to more important missions.

Become a legendary monster hunting Ranger in the upcoming MMORPG Rangers of Oblivion!

We Rangers walk on the fringes of humanity;
Defending this illusion we call paradise.
Monsters roam the land, foretelling the end of days;
As factions bicker to no end, a great evil conspires in shadows;
A hero is called upon, to save the Land of Malheim.

Hunt down the monsters that plague this once-peaceful land and eradicate the corruption.

MouseBot is an offline action racing mobile game. You’ll play as a mechanical mouse and try to escape all kinds of trap-ridden labyrinths

This is is a fun racing arcade game with decent graphics.

You must guide MouseBot through mazes of fantastical mechanical mouse traps created by the cat scientists of CatLab.

You have over 65 challenging levels to complete in this fabulous game.

Pack your skateboard and join the ultimate Stickman Skate Battle multiplayer PvP experience. Battle with your friends and people around the world in 1vs1 matches in astonishing, beautiful, hand designed skate parks. Perform spectacular tricks and combinations trying to beat your opponent to get his coins and get a chance to participate in the best high stake world events. Daily and weekly tournaments, freeride, 1vs1 matches, challenges and domination are just few of the awesome features waiting for you right now.

Start your adventure in the world of constant battle and exciting action!

GET READY FOR ACTION
The world is on the edge of an epic war. The mighty heroes of three clans are fighting over the shadow energy and you set out on an adventure to end this war. A military tribe, the Legion, wants to destroy the dangerous energy. The Dynasty people want to use it for profit and craft. And the mysterious Heralds study the darkest secrets of the shadow power. Your actions will change their destiny. Which side will you join?

CREATE AN EPIC HERO
Choose your looks and a fighting weapon. Collect tons of different weapons and armor on your journey. Unlock special abilities by collecting unique sets. Influence the storyline by choosing your faction.

When the spark of life is lit, the countdown begins.

It’s Full of Sparks is a beautiful platforming experience about the life of a firecracker. Embark on a journey to find The Old One, a mythical firecracker whose fuse has never been lit. But what is life without sparks?

- Explore over 80 unique, hand crafted levels - Play at your own pace or Speedrun to the top of the leaderboards
– Enjoy a lively original soundtrack
– Master the ability to switch colors, jump, fly, climb, dodge and more

Unleash fiery fury from above in Hungry Dragon, a fun and frantic flying action game where everything and everyone is on the menu!
Control ferocious dragons and fly, burn and eat your way through a medieval world packed with legends, monsters and deliciously unsuspecting prey!

Castle Ramble is an infinite Roguelite Platformer for your mobile devices from the developers of Unbroken Soul! Train your king, customize it, and recover your castle from the invader pigs!

#DRIVE is an endless driving video game inspired by road and action movies from 1970s. As simple as possible, allowing the player to pick a car, pick the place and just hit the road. Just be aware not to hit anything else.