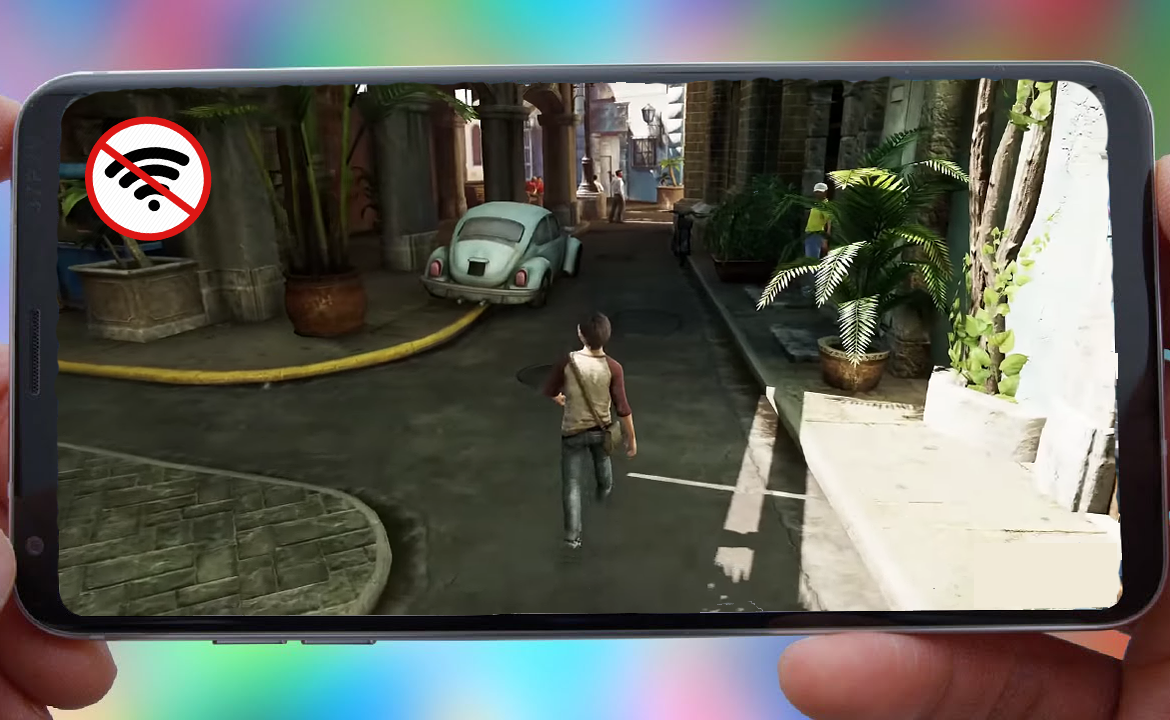 Today we’re here to share 15 of the best Editors Choice Games that are available in the Google Play & App Store + FREE to play and most of them are OFFLINE.

P.S : just click on either the Google Play or App Store logo to redirected to the download page of which game you’d love to play. Enjoy!

When other Llamas spit at people and eat grass all day, Pablo is different:
He explores ancient ruins built by the Inca Llamas of the past! 🏛

Running madly inside the temple, Pablo will find the truth about the native Llamas of a lost time – and get lots of shiny gold artifacts! 💎

Finish levels to get Llama-moneys – then use them to unlock new worlds or get loads of cool costumes! 🎉

Following the massive success of Dumb Ways to Die, we are giving the world something fresh, new and original to fall in love with: a sequel.

Dumb Ways to Die 2: The Games has taken the world by storm.

Boasting all new levels and challenges, leader boards, as well as a cast of new characters, Dumb Ways to Die 2: The Games is bringing train safety message to the world in a cheeky and fun way.

Paper Wings is a fast-paced arcade game about catching falling balls mid-air to keep your bird alive. As you gain points, you advance through the stages in the game. In each stage, new challenges are introduced to make the game harder and more fun.

Flap the paper wings of your bird, fly high, and dive to collect all the coins!

Welcome, Mayor! Be the hero of your very own city as you design and create a beautiful, bustling metropolis. Every decision is yours as your city gets larger and more intricate. Make smart choices to keep your citizens happy and your skyline growing. Then trade, chat, compete, and join clubs with fellow Mayors. Build your way to extraordinary with the most popular city builder on mobile!

BRING YOUR CITY TO LIFE
Build skyscrapers, parks, landmarks, factories, and much more! Place buildings strategically to keep the taxes flowing and your city growing. Solve real-life challenges like traffic, fires, and pollution. Provide services like power plants and police departments, and boost your population with parks and education. Keep traffic moving with grand avenues and streetcars. Take on fun challenges to shape your society.

Your favorite doctor Allison is back in a gripping hospital time management game that you’ll never forget! And neither will she… 🏥 🚑 🔥

This season picks up right after the previous compelling adventure. Things finally seem to have calmed down at Little Creek Hospital… 🏥

But not for long! When Allison receives a phone call from her mother, she doesn’t know what to think. She hasn’t seen her mom in over 20 years! Why would she contact Allison after all this time? And what could she want? Allison is left with no choice other than to face her past, in order to discover her future…
Will she have the strength to cope with everything that has happened and all that is yet to come? There’s only one way to find out…

Help Allison face her tragic past in this fiery hospital time management game! 💉 🚑 🔥

We honestly can’t keep making it all up. Let’s just shoot some alien minions!

This is the game you have always wanted in your subconscious. Explore the dungeon, collect crazy weapons, dodge bullets and shoot‘em all up! Extremely easy and intuitive control; super smooth and enjoyable gameplay, mixed with rogue-like elements. Best shooter game you will find on the mobile store so far.

On a solitary island somewhat removed from the continent, there is a town—a town ruled by a witch.

One night, one of the villagers gets a sudden visit from a witch, who puts her under a curse. If she doesn’t find the witch’s stolen urn by 4:00 a.m., the curse will kill her. She begins her search, but along the way she starts hearing more and more about the secret of the witch.

– “The Witch’s Isle” is a puzzle-adventure game. Explore the island as you search for the urn and uncover the mystery of the witch! The dream-like scenery of the solitary island town and the people who live there await.

– See what the islanders are up to! In this game, not only can you control the protagonist, you can also have the camera follow other characters. Maybe you can solve some puzzles by paying close attention to what the other islanders are doing.

Join our pioneers on a vast journey across country unknown. Set forth to reach the town of Eden Falls – explore, craft, collect, trade, discover, and eventually settle and build.

BEAUTIFUL
Take in the view as you walk The Trail through different landscapes and fantastic vistas.

RELAXING
Using only your thumb, swipe and drag to move delightfully along The Trail. Designed for everyone to pick up and enjoy.

MAKE YOUR FORTUNE
Travel to the new world to make your fortune! Learn to craft and trade.

BUILD A COMMUNITY
Join a town to unlock more features and work together to make your town the best in the new world!

COMPANION
Befriend an interactive pet dog to accompany you on your journey, and play together to unwind when at home.

Zombie Catchers is an action adventure game in a world riddled by a zombie invasion! Planet Earth is infested with the undead, but we’re in luck: A.J. and Bud, two intergalactic businessmen, have decided to set up shop on our homeworld! Together, they plan to catch all the zombies and make Earth safe once more – while also making a handsome profit…

Use an arsenal of gadgets and traps to hunt and capture ripe zombies, take them to your secret underground lab, and… profit!

This is a PAID game, but you have the opportunity to try it before you buy. Enjoy 5 tracks and 2 cars for free to experience the “Android Excellence Game of 2017”.

“ONE OF THE TOP 10 MOBILE GAMES OF THE YEAR!” – Stuff Awards
Horizon Chase is a love letter to all retro gaming fans. It’s an addictive racing game inspired in the great hits of the 80’s and 90’s: Out Run, Lotus Turbo Challenge, Top Gear (SNES), Rush, among others. Each curve and each lap in Horizon Chase recreate classic arcade gameplay and offer you unbound speed limits of fun. Full throttle on and enjoy!

The sci-fi wild west adventure in outer space continues with Space Marshals 2. This tactical top-down shooter puts you in the shoes of specialist Burton in his struggle against the criminal elements of the galaxy.

This isn’t your ordinary dual-stick shooter. The emphasis is on tactical combat and stealth, rather than just spraying bullets, and there’s a story!

Decades ago, the world was hit by a devastating catastrophe, crumbling the ground into pieces. The gods quickly gathered the pieces scattered in all directions and hurriedly put them together. The result, a bizarre looking world resembling a mosaic.
The nation that was originally there had ceased to exist. As a result of repeated clashes of principles and interests among the 4 tribes, the people split into 4 factions.
At such times, an adventurer (you) came to this peculiar world.
The adventurer (you) goes through a series of adventures while meeting various people belonging to the 4 factions in the world to confront the secretly proliferating mysteries behind it……

– Go on an adventure with your friends across the country!

RPG (MMORPG) that can be played and connects you with your friends online across the country!
The powerful monster that you fail to beat on your own could possibly be knocked down by forming a party with your friends! Let’s explore the vast and beautiful 3D world with many friends!

The survival shooter Last Day on Earth is set in a post apocalyptic world: in 2027 the world saw an outbreak of an unknown infection that destroyed almost all the human race. And it didn’t stop there. All those dead started turning into zombies and those few survivors that have resistance in their blood are trying to survive on the ruins of the once great world.

And now the survival of your character is only in your power! Keep an eye on your character’s life stats such as hunger and thirst, collect valuable resources for crafting, create weapons and transport of different types or use what you have at hand: a bat or a road sign. Everything will come in handy for killing dozens… hundreds…thousands of zombies!

Defeat intruders to your land not only with your power but also cunning – construct fortifications with traps or go raid other survivors’ territories for the sake of rare loot and resources. After all people can do anything to survive.

Explore the large and deep-laid world of Last Day on Earth! Upgrade your hero, equip your house, loot abandoned territories, hunt wild animals and other survivors – the new world has new rules.

Will you survive in conditions like these? If so, what price are you ready to pay?