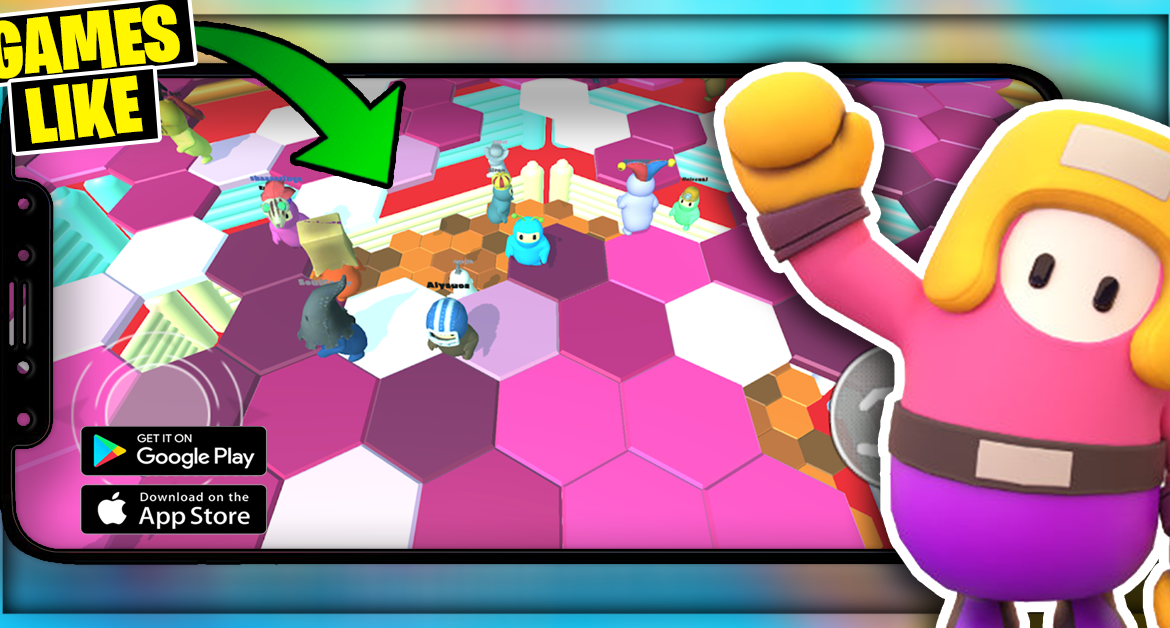 Unfortunately Fall Guys Mobile isn’t out yet on Android & iOS but don’t worry because we got you covered!

If you’re looking for similar games to “Fall Guys: Ultimate Knockout” to play on your Android or iOS you came in the right place… we covered today 5 Best Alternative games that have the same gameplay concept as Fall Guys for Android & iOS!

Knockout Race brings groups of contestants together in a frantic and fun online battle royale platformer race, round the clock to escalating chaos until one ultimate winner remains!

Challenge up to 50 guys in the Knockout filled battle royale racer for mobile!

Battle through multiplayer minigames with , spanning up to 5 rounds, like the obstacle course or elimination games. Make it to the end first to become the ultimate champion!

If you like skill-based games and you’re looking to have a good time, then Oopstacles is the perfect game for you. Take your mind off of your daily stress by playing this super fun game.

Chaotic obstacle course battle royale!
Run your way through insane physics-based obstacles and challenges
while butting heads with many others, and become the ultimate knockout runner!

Do you have what it takes to finish in 1st place?

Play against 39 other opponents in this chaotic physics-based game in the quest to win and to be crowned the ultimate winner! Fall Dudes 3D lets you compete in a series of insanely laughable and absurd challenges with the sole objective of making every level you play even more hilarious than your previous attempt.

Breakthrough doors, run past obstacles or give someone a blast (Like Literally). You get to choose the kind of guy you want to be. So are you ready? Buckle up and Fall Dude 3D!

Play against other opponents in this amazing physics-based game! Try not to fall hexagons