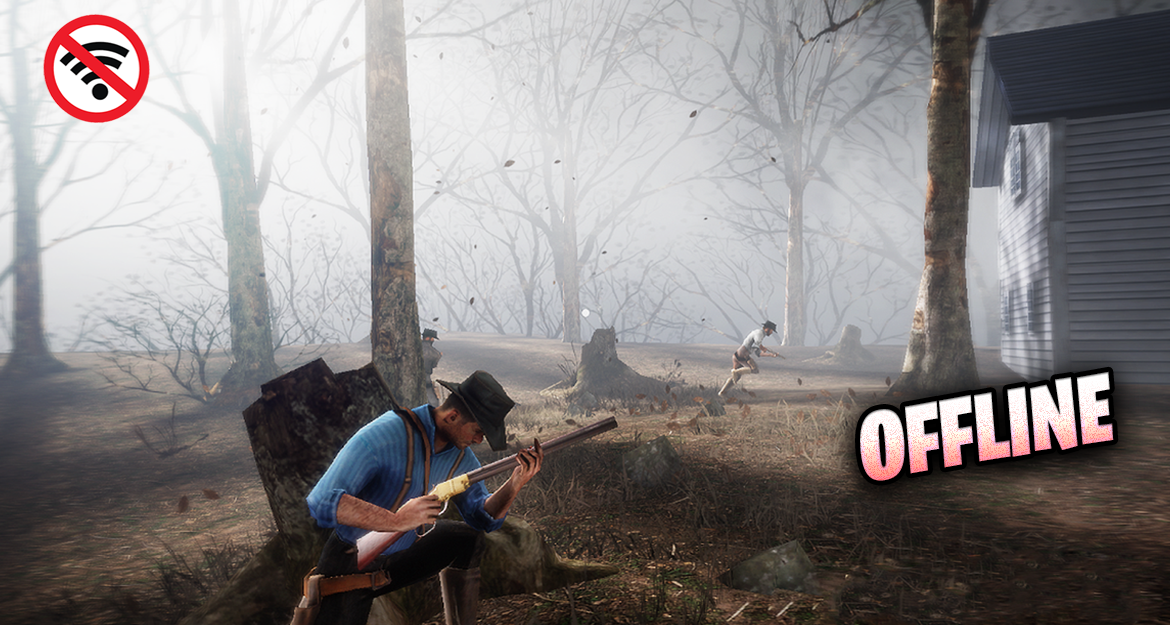 Today we are presenting an incredible list of 30 Best OFFLINE Android and iOS Games That have been released in 2020. So just sit back & hold tight as we have a LOT OF GAMES to cover in today’s video!

Offline games are wanna of the most searched & popular genre of games on Mobile, sometimes we’re not in the mood to play online or multiplayer games, sometimes we want to play some adventure games with amazing story behind it, and sometimes we don’t have access to the internet connection and the best way to kill that time is by playing so offline games on your android or iOS device!

So gain, Here’s a list of 30 offline mobile games that you can play without the need of internet connection or WiFi!

The Gardens Between is a single-player adventure-puzzle game about time, memory and friendship.

Lost in a mysterious realm where cause and effect are malleable, the friends find that time flows in all directions. Manipulate time to solve puzzles and reach the apex of each isle. Follow the duo as they unpack and explore their significant moments spent together, lighting up constellations and illuminating threads of a bittersweet narrative.

“The best warriors of all times and spaces are summoned to the mirage created by Asurendra. They pass one trial after another, to finally come to face the long-buried secret behind this realm…“

You are James, a police officer, your wife and daughter were murdered at home. During your pursuit of the truth in the house, something scary happened. What happens next in this scary house will be an endless nightmare for you, everything is in mystery…

Live an uninterrupted story of revenge in the Wild West!

During your childhood, Wesley’s men had shot the whole village and killed your mother and your siblings. Your wounded father was only able to save you and left the city and trained you on the mountain for many years. With the death of your father, it’s time for revenge.

Phil Faily can’t catch a break. This time his car’s accelerator pedal is stuck to the floor and he’s speeding out of control with his vehicle getting faster and faster as he’s trying to maneuver his way through oncoming traffic, hills, tunnels, traffic intersections as well as the police riding on his tail for speeding!

With plenty of hills, thrills and Faily spills, this is the next level Faily Brakes experience the mobile gaming world has been waiting for!

On journey with little cutie, have the ability to reshape world. Complete wobble puzzles, collect moon soul and gather all mysteries.

You will find it so much fun to experience this simple but interesting gameplay. All you need to do is dodge, jump, power your ki, perform basic and 3 advanced skills, transform your hero into an ultra instinct then fight against invaders. The control is so simple that you will be amazed at how attracting the sound effects and graphics are.

Bangbang Rabbit! is a fun and easy to play fighting game where you can show off your fighting skills!

It seems that Juanpa and the enemies dressed very well for the occasion. But wait … is the sky full of candy? Collect as many as you can and compete for fabulous prizes.

Journey on a thrilling adventure on forgotten tombs and hidden treasures

Long forgotten tombs full of dangers and treasure are waiting to be explored!

Bring your own AR Emoji on this adventure to the past where you will face the keepers of it’s secrets with only your wits. Find the treasure without getting caught!

Drake N Trap is an incredibly fun title that puts a really interesting twist on dungeon crawler games. In this case, your biggest threat isn’t the monsters who live in the dark tunnels that hide the treasure. Instead, it’s the infinite traps that will turn your adventure into a total nightmare.

Earn money as a gold hunter and become rich! Travel to mysterious islands and pick up quests. Use your detector and shovel to search. Enjoy the nature and adventure while searching for hidden treasures, gold and precious metals.

Fluffy Story is an original super cute puzzle game with an amazing colourful world! The best mind game of all times. Cut the rope to solve compelling levels in this romantic puzzle adventure!

Racing Smash 3D takes motorbike racing games up a notch by inviting us to compete in races while smashing the opponents by using a wide range of weapons!

Are you a big fan of Zombie Defense and Merge Plants Idle game? If yes, please get ready to grow the badass plants as a swam of Zombies is about to destroy this lovely garden. Warning! Zombies are addicted to brains. Your mission is to defend and fight against these hilarious monsters.

Create a hamster village like a fairy tale. Just by looking at the happy hamster heaven will make your mind at ease.

Bad Cream is a fun puzzle arcade game in which you control a delicious and colorful ice-cream, touchy bad cream 3. ice cream 3 ! Your goal is simple – you must collect wall of the fruits on each level and avoid being destroyed or melted by your enemies! Move around the map using the keyboard arrow keys and collect every piece of fruit you see!

The famous dinosaur Google Chrome migrated to 3D space!
Try to run as far as you can! Set records, compete with your friends, earn coins and buy skins.

The demons are meaner, the bosses are bigger and there’s still only one chicken that can stop them!

Fowlst returns in a new adventure that’s all about squashing bad guys, dodging danger and striking it rich. There’s a ton of new power ups, cool new abilities, and an army of new enemies to unleash them on!

Get engaged in 3D ultimate race battles, fire rockets and use the protective shield to counter the attack from the enemy. Nitro Boost is mandatory! Collect turbo while you hit that gas pedal and leave all other race cars behind. You decide the rules on the track while you drift, drag, bump, collide, fire and overtake to finish first!

Silly Ways To Die is a story-driven action adventure with elements of surprise and memorization. Unravel the last day of Timmy’s life, as he races against time to get back home and fulfill his sole dream of dying peacefully in his pajamas, in the warmth of home, in peace, and with no drama.

Survive the hell out of a world where a tree grows in your body!
A game where you can enjoy the fun of true manipulation on mobile
Various stages are available!