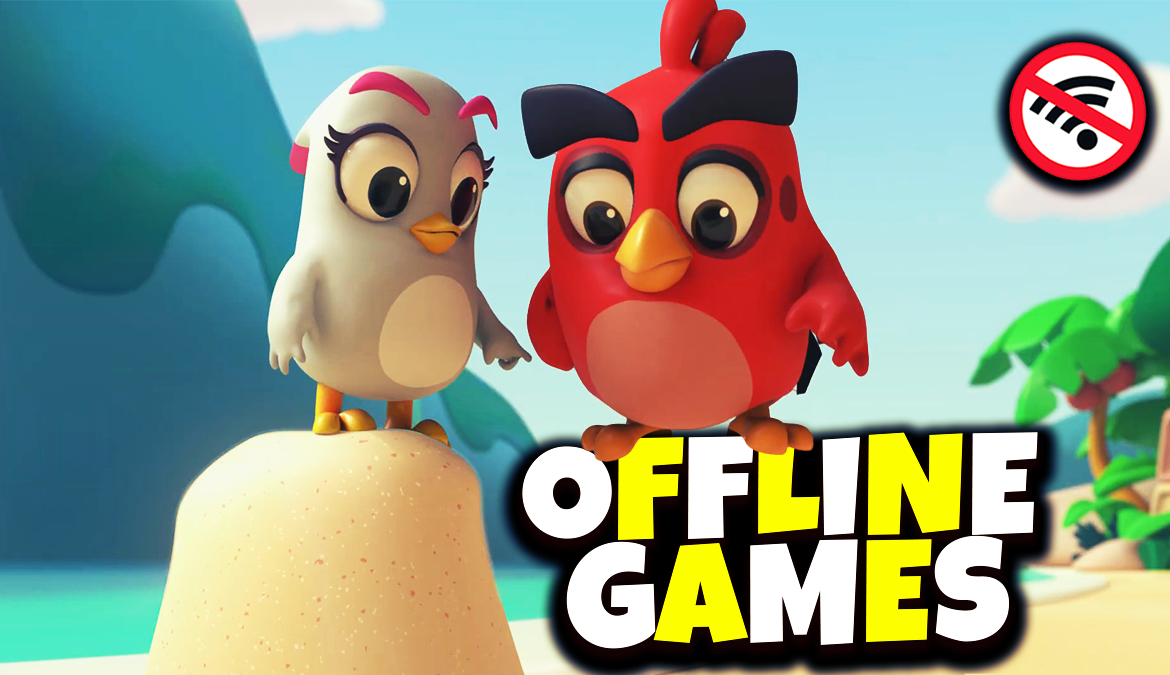 There’s no surprise that offline games are one of the most wanted genre of games for mobile devices, you get the chance to play whenever you want at any time you want.

Unruly Heroes” is a 2D action-adventure mobile game developed by the indie team at Magic Design Studios and published by Perfect World. The story is inspired by China’s first mythological novel “”Journey to the West” and strives to bring players an innovative experience through a fantastical art style and hilarious plot.

It was all fun and games until the bad guy took your friends. It’s not their fault he built his super secret laboratory next to the park. Who knows what horrific experiments he is running on them? Only you can solve the mystery and free your buddies before it is too late!

To defeat spiders you must exploit their one weakness: FIRE. Or bullets. Or explosions, throwing stars, gettin’ smushed by stuff…pretty much anything, really. But that doesn’t mean it’ll be easy – first you’ve gotta find the spiders. Use state-of-the-art arachnid tracking technology to pinpoint your target’s location among hundreds of potential hiding spots – then, torch everything and smash the spider with a frying pan after it runs out. It’s the only way to be sure.

In a world full of calamities, consisting of evil monsters and dangerous creatures, there’s something impressive about a hero who can hold his own with just a sword and magic. Welcome the arrival of the real Macho, the real hero known as The Archero. The Sword & Magic ArcHero is an offline game based on genre of RPG (Role playing games) with the sub-genre of Rogues.

Join the battle now and save the world! Power up yourself, lead strongest attacks, and defeat the evil creatures and monsters of the era in this addictive and free to play 3D action RPG based roguelike offline game!

oin the Angry Birds on a magical Slingshot Adventure to recover the Egg Wonders!

It all starts with a seed.
Explore all cycles and prepare yourself to accept the inevitable effects of Mitoza.

Mitoza is a surreal choose-your-own-adventure game by Gal Mamalya, published by Second Maze.

play the world’s greatest cube adventure game,3D Cube Adventure! It will fulfill every demand you have.

In the cube world, our hero, Lion, starts his magic adventure with great dream and hope. During the journey, he meets a lot of fun friends, provides help for people in trouble and write warm stories. But also, there are dangers in front of him. At this moment, you need to help Lion to find clues, solve puzzles, defeat enemies and get the chest in the end!

if 3D Cube Adventure is not available in your country on Google Play Store, you can download it from here (Alternative Store for Android users):

3D Cube Adventure is not available on iOS yet…

Fight your way on an endless blood-thirsty journey. Travel across the ancient alps to confront the Tsuchigumo clan and seek vengeance for the death of your family. Cursed with eternal life, you will die and resurrect till you achieve the highest score you can! Other shinobis are on the same path as you, but only one can hold the mantle of being the ultimate shinobi!

Yeah, that’s true, there is nothing stupid here! (really)
Mission: Help the boy to complete levels, try to win? Just make a dumb choice and watch them play.

This game encourage you to replay levels many times to see which is the worst decision you ever made.

Game is simple: swipe to change scene and tap play to watch.
Want to see what will happen next? Just play and see.

Dumb Choices Story is not available on iOS yet…

Start your exciting adventure in the new 2021: SUPER STORM!
The game combines parkour, fast pacing, epic soundtrack and dangerous traps in the destroyed worlds from the apocalypse!

You will experience the full danger of a global catastrophe in the first person. In search of a new world between portals, you have to go through a difficult path consisting of deadly traps, ferocious dinosaurs and boiling lava.

Super Storm Parkour is not available on iOS yet…

The slime is back! Venture through a laboratory full of traps and stretch your way to the goal. Slime Labs is a physics based platformer where you control a blob of green ooze that can squish, stretch, shrink, and get enormous by absorbing smaller bits of slime. Collect all the data-disks hidden in the levels and perfect all the stages.

Run, jump, and dash your way through cheerful hand-drawn worlds as you avoid obstacles and chase your own high score! Each run looks different than the last with varied environments and obstacles drawn completely by hand. When you’re playing Doodle Dash you never know if you’re going to exit the cave and be swept up in a dust storm or land on a beach and jet ski your way around sharks and lightning storms.

The most addictive game on the Google Play Store is all new with delightful new environments, the cutest new characters, fun new platform challenges and some silly new monsters.

Jump up on platforms and collect stars to unlock cool new characters and exciting new environments.

Unlock all the levels and collect all the characters! Beat your friends’ high scores and become the new Doodle Jump King!

Velocity Rush is not available on iOS yet…

Project: RACER is a 3D driving game that’s just like Gran Turismo or Forza Motorsport. Players get behind the wheel of spectacular vehicles to participate in exciting races on closed circuits. Your objective: cross the finish line your rivals.

Rogue robots are taking over the city. It’s mayhem! But for robot hunters it’s open season.

Take control of the finest hunters in the business and battle it out with the robot army. Turn these killing machines back into precious metals and make a profit!

In a rainy day a boy is getting bored and he decides to search old things in his attic. After some time he finds a book which is actually cursed. While getting the book in his hands, the boy is getting cursed and pulled through a portal into another world.

The Book of Death is not available on iOS yet…

Jetpack Joyride, the most famous endless runner is back! Now with GUNS Join Barry Steakfries and discover the new shooting skill! Jump into the race, dodge multiple hazards, fly through the lab, dash and rush through new laboratories with the help of infinite bullets!

Jetpack Joyride 2, the awaited sequel of the iconic jump game, comes from Halfbrick, the creators of other mobile game hits like Fruit Ninja and Dan the Man.

if Jetpack Joyride 2 is not available in your country on Google Play Store, you can download it from here (Alternative Store for Android users):