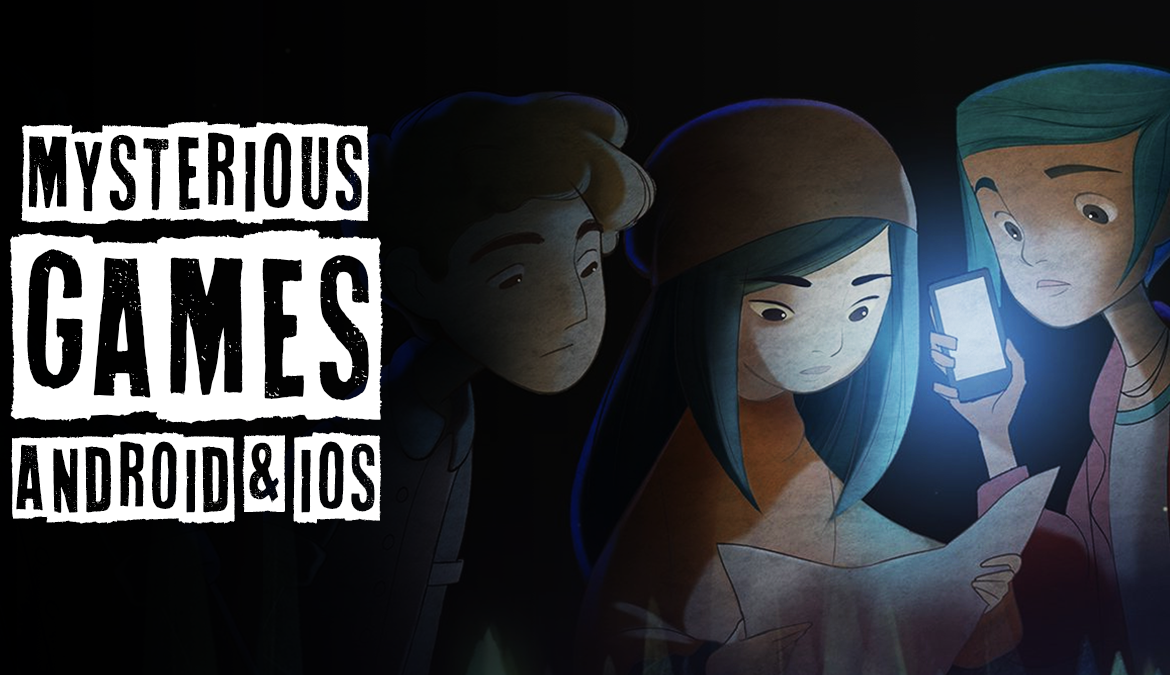 At a certain point in our gaming journey, we will get bored of the same old games that we typically play on our smartphones. Like shooting games, racing, fighting, MOBAs….etc.

For today’s video though, we are going to switch things around and take a look of 15 unusual and unique Dark Atmospheric games that you need to know about and potentially try at least one of them. I’m talking about games with rich stories, multi-ending, amazing voiceovers, unique gameplay style, games with hidden mysteries.

So what are you waiting for? Grab your phone and pick your favorite game among all of these amazing gems, and don’t forget to put your headphones for the best gaming experience.

Oxenfree is a supernatural thriller about a group of friends who unwittingly open a ghostly rift. Play as Alex, a bright, rebellious teenager who brings her new stepbrother Jonas to an overnight party on an old military island. The night takes a terrifying turn when you unwittingly open a ghostly gate spawned from the island’s cryptic past. How you deal with these events, your peers, and the ominous creatures you’ve unleashed is up to you.

Determine every aspect of Alex’s story while exploring Edwards Island, uncovering the base’s dark past, and changing the course of your friends’ lives.

“INSIDE” is a puzzle-platformer adventure game. The player controls a boy in a dystopic world, solving environmental puzzles and avoiding death.

The game expands on the concepts and scope of its predecessor in wildly creative ways, and it’s so immaculately designed and constructed from top to bottom that it almost feels suitable for display in an art museum.

Playdead’s Inside isn’t available on Android yet…

Limbo is an award-winning indie adventure, critically acclaimed for its captivating puzzle design and immersive sound and visuals. Its dark, misty spaces and haunting narrative will stay with you forever.

Join a veiled young hero exploring a world in shadows. Discover secrets hidden in the dark and outsmart ominous creatures as you traverse a mysterious labyrinth of glowing black architecture.

Immerse yourself in a highly sensory experience, and set off on a perilous quest to restore light to a darkened world.

A unique peaceful, black & white atmosphere with a feeling of wonder and awe, after playing the game for a while the play gets an enjoyable feeling of loneliness and isolation.

• Unique 23 levels each with its own platforming, puzzles experience.
• Over 40 puzzles & mind challenges, well implemented within the game environment
• Mysterious original story

LONEWOLF is an intense game with moral conflicts.

Get immersed in a deep Neo-Noir story driven sniper adventure game.
You step into the role of a mysterious assassin. His motives – a secret.
You did what had to be done to enter the ‘Assembly’, a criminal organization.

Grayland is a noir story of seeking your loved one captured by Humans. You, as a little bird find yourself in the middle of the war between the Human and the Alien forces. Fly and fight your way through the radiation filled lands, fly inside the mines and buildings and beat the bosses.

During the levels you face different enemies and continuously discover the puzzles of the story. Never give up, show them that even if you’re a tiny being, your actions are important, you can even be the one who saves the World.

You woke up in old, empty psychiatric hospital ward. How did you get here? What’s going on around? Where does these creepy voices come from?

It’s the second part of legendary horror in the spirit of old flash games – The Darkest Woods. This story won the hearts many players around the world. You can download the first part absolutely for free. But even if you didn’t play it, it will be exciting anyway.

Traverse a dried-out seabed littered with the remains of a decaying civilization. Keep your unique vessel going, overcome numerous obstacles and withstand the hazardous weather conditions. How far can you make it? What will you find?

There is something therapeutic about tending to your ship and then just moving along slowly through the day. … Not a lot of games are brave enough to tell a story this way, and to me, that’s exactly why FAR: Lone Sails is a gem.

Cold, gray, foreboding walls stretch to the sky. Massive oak doors conceal the most important secrets of the State. Welcome to the Ministry!

You are now a part of the system. Although you are a simple intern, we are entrusting you with work of great importance. As part of the Ministry, we expect you to perform your duties with precision and care.

While you are at the bottom of the career ladder, even that is higher than many of your fellow citizens will ever climb! You will work hard for the public good and help thousands of people. Even better, your efforts won’t go unnoticed. In fact, the Wise Leader himself will decorate you with honors!

Naught 2 – black-and-white indie game that takes you into the world of variable gravity. You are traveling into a mysterious world, where enemies take different forms.

Naught 2 is an adventure and platform game that challenges your skills giving you full control of Naught and his environment. you need to rotate the world in which you are. The point of the game is to pass a black and white maze avoiding obstacles and collecting as possible colored crystals.

Relentlessly pursued by the undead, you flee across familiar LA landscapes as the city is overrun; an abandoned church, a high school, the local sports arena. Shoot too much and you’ll slow down.

Désiré is a poetic point-and-click adventure game in black and white.

When the schoolteacher asks Désiré why he didn’t draw the sun like the other pupils, he replies spontaneously: « It’s always night in my head. »

Désiré is colour-blind from birth and he will lead you into in world of black and white. He marches on hesitantly, as life never brought him much joy. From a tender age, he is going to meet several characters who will elicit in Désiré intense emotions and alter his vision in surprising ways. Is colour at the end of the road?

HORROR ON MOBILES – The critically acclaimed survival horror comes back in a mobile version that features revamped controls, an adjusted saving system as well as an overhauled interface.