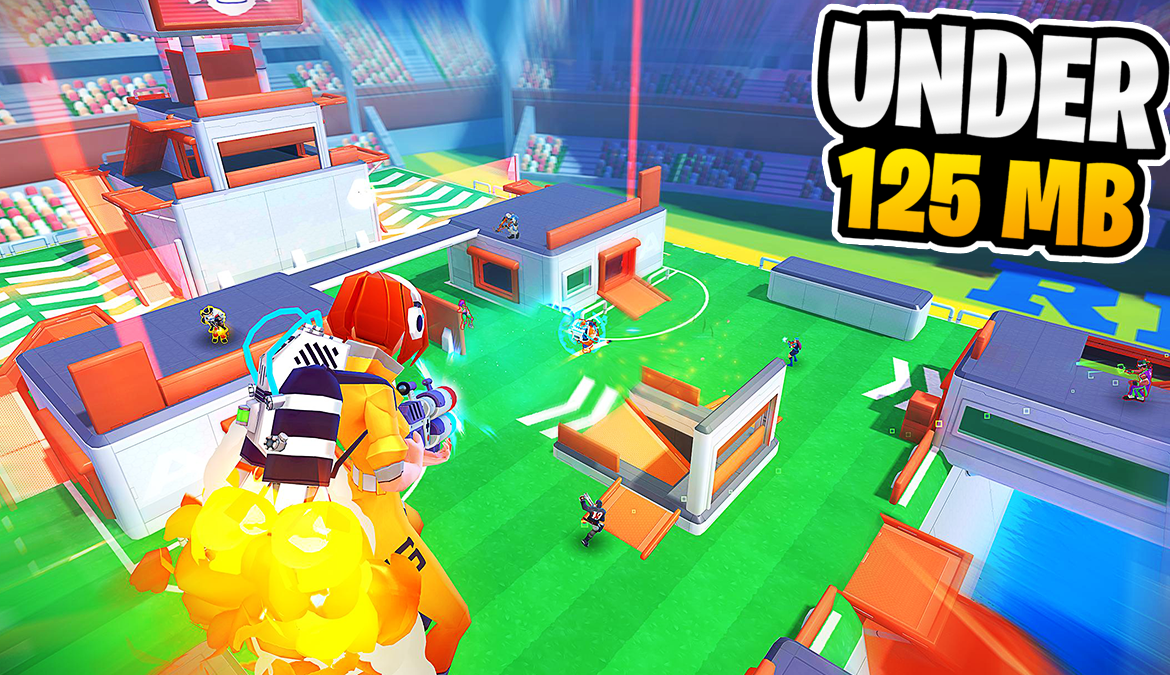 Are you low on storage? or maybe you have a low end device and you can’t figure which games you can play? if that’s the case, then this video is for you. Today we gonna take a look of 15 fun and addictive lightweight games to play on you mobile device that don’t pass 125mb in size.

FRAG Pro Shooter is a ‘Hero Shooter’ in the Overwatch or Paladins series, in which players can participate in spectacular 1v1 online duels against other players around the world. Each player can control any of their heroes, at any time.

Duel around the world in PvP tournaments, 64 players but only one winner

Jetpack Joyride, the most famous endless runner is back! Now with GUNS Join Barry Steakfries and discover the new shooting skill! Jump into the race, dodge multiple hazards, fly through the lab, dash and rush through new laboratories with the help of infinite bullets!

If “Jetpack Joyride 2” is not available on your country in google play store, you can download it from TapTap App like i did👇

Tackle moto racing trials, defeat your racing rivals, finish in record time and get on the road to becoming a bike rider champion. Select a motocross bike for extreme motorcycle racing, a race car if you’re in the mood for extreme car driving or even an ATV road bike.

Race to the finish at turbo fast speed, but watch out – moto jumps, zero gravity fields, asphalt elevators & drift tracks will challenge you! Play to keep your space bike steady and don’t turn into a skiddy car in this road bike balance skill game.

Road Warrior is is a free to play online multiplayer combat racing game set in a post-apocalyptic world where drivers have customized cars armed with arsenals of weapons to give each racer a competitive advantage.

The goal is to win the race by successfully maneuvering the racetrack with numerous stunts, avoid being blown up, use your weapons to get ahead, and win the race.

Players get to unlock and race customizable cars that can be equipped with deadly weapons and blow up their competitors.

Experience the adrenaline rush of the game we all secretly wish soccer was, as you KICK, HEAD, PUNCH, WHACK, SLAP and pretty much use any technique imaginable to get the ball into the opposing team’s net.

Out goes the rulebook as you rollerblade onto the playing field in this THRILLING AND ABSURD reimagination of the most popular sport in the world.

Ballmasters is not available for iOS yet…

Underdogs is a new competitive multiplayer experience. Work as a team to push the cart to the enemy base in this epic fast-paced multiplayer action game. (More game modes coming very soon!)

Multiplayer arena makes playing the online game even better and more rewarding! Collect your own battle deck and create your own playing strategy. Upgrade the cards to get better special bombs. Earn medals and reach higher arenas!

✊ Play rock, paper, and scissors while riding an elevator with no maximum floor.

🖐 Single player: unlock all characters, beat your records and get all the available achievements.

✌ Online Mode: Become the best player in the world or beat your friends in private tournaments.

Try Ace Squadron: WW II Air Conflicts and Become the supreme leader of the skies! Feel the power of World War 2 warplanes in 3D sky dogfight! Unleash the might of your plane’s arsenal on enemy war wings and light up the skies with blazing explosions.

Ace Squadron: WW II Air Conflicts transfers you to the world of WW2 warplanes and old style fighters. Join players from around the globe in an ultimate multiplayer PvP combat for air force domination. Military aeronautics at it’s finest brings you huge variety of aircrafts and air planes.

If “Jetpack Joyride 2” is not available on your country in google play store, you can download it from TapTap App like i did👇

Ace Squadron is not available for iOS yet…

Fight your way to the top by unlocking new blade parts, leveling up your spirit animal, and perfecting your unique fighting style!
Become the best blade bouncer in this sequel to a belowed game.

Blade Bouncer 2 is not available for iOS yet…

Wise magicians, mighty warriors and clever rogues of the kingdom! Take part in a grand tournament! Prove your wisdom and courage, and fight for the title of Champion!

Combat Magic is not available for iOS yet…

An epic fighting game for casual and veteran fighting game players and free 1v1 fighting game designed for mobile. Choose from the initial 20 playable characters based on different fighting game archetypes and defeat the final boss Meaty Titan. More characters, bosses, & stages will be unlocked in the future.

The game features block-styled cast of fighters merged with anime characters and a crossover gameplay of classic fighting games with emphasis on intuitive controls and simple art style.