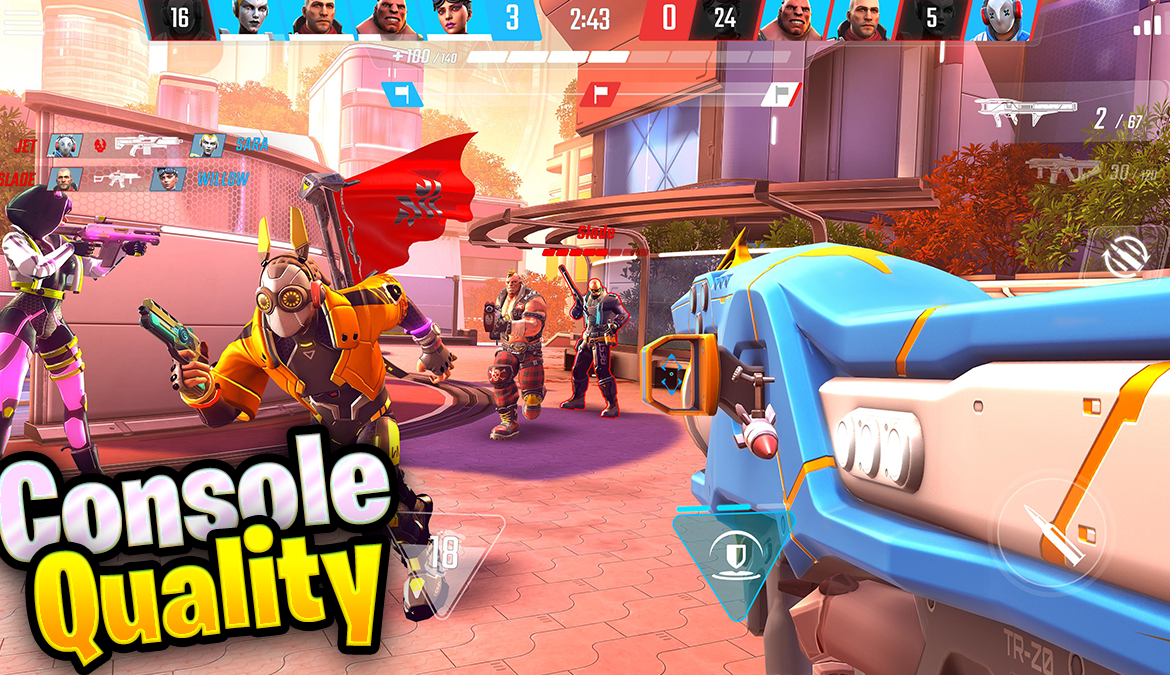 Step into Teyvat, a vast world teeming with life and flowing with elemental energy.

‘Punishing: Gray Raven’ is a 3D action mobile game with a sci-fi apocalypse theme. You will become the commander and lead the last hope of mankind – the bionic human form 「structure」to fight against the mechanical army infected by the 「Punishing」 virus. Use your judgment, flexibly slide your fingertips, trigger different skill moves, and play a gorgeous battle at the end of the world!

Super Mecha Champions is a multiplayer action game that’s similar to PUBG Mobile, Fortnite and Garena Free fire. Once again, you’re facing off against up to 100 opponents until only one person is left alive, but there’s a slight twist. You get to feel the thrill of exciting, non-stop matches as you jump behind the controls of gigantic robots — just like in Evangelion.

Hundred Soul is filled with thrilling action packed battles
where your reaction to every second dictates the flow of action.

Experience real action through various combinations of equipment and unique companions called Fellows, to match and exploit each enemy’s weaknesses.

Feel the thrill of racing in PROJECT CARS GO with ONE-TOUCH racing gameplay optimized for mobile. Compete around the world on the most famous race and drag tracks and compete for glory at the finish line!

Based on the genre-defining adventure from PC and consoles, ARK: Survival Evolved challenges you to survive and thrive on a mysterious island, where you start out alone and unarmed. Gather resources and craft tools to build shelter and hunt. Expand your domain while capturing and taming dinosaurs to do your bidding. Make new friends online, form tribes, and build mighty structures to defend against man and mega-predators alike!

Get ready for the ultimate zombie game. It is time for you to rise up and fight for your survival in a zombie apocalypse in this heart-stopping First Person Shooter (FPS) adventure!

Wipe out the zombie hordes in a variety of imaginative ways. This Zombie FPS shooter is full of evil action!

Bless Mobile is an online RPG that takes you to a medieval fantasy world that’s full of wild adventures to be had. It’s an MMORPG set in the same universe as Bless Online and it’s just as good as the top games in the genre. Plus, it offers one of the most impressive character editors we’ve ever seen.

Flight is an instinct;
And you, only need a pair of wings!

When you are with all livings,
Set out on an adventure to the continent under clouds,
You will enter a fantastic world!

Despite only being able to burn for 10 seconds, a little candle journeys into the darkness, with the purpose of seeking light.

Candleman provides an immersive adventure, with an innovative and unique game mechanism and well-balanced level design.

Forge your epic destiny in Iron Blade — the most thrilling of all action RPG games — set in a medieval Europe filled with war, discord and magic. Explore a fantasy game world brought to life with console-quality graphics and an innovative — yet easy to learn — combat system that is never idle and always throws you into one heart-pounding fight after another!

Collect amazing weapons for your monster hunter, explore breathtaking real-world locations and dungeon strongholds to test your skills against millions of other players as your build your own kingdom and engage in exciting PvP challenges.