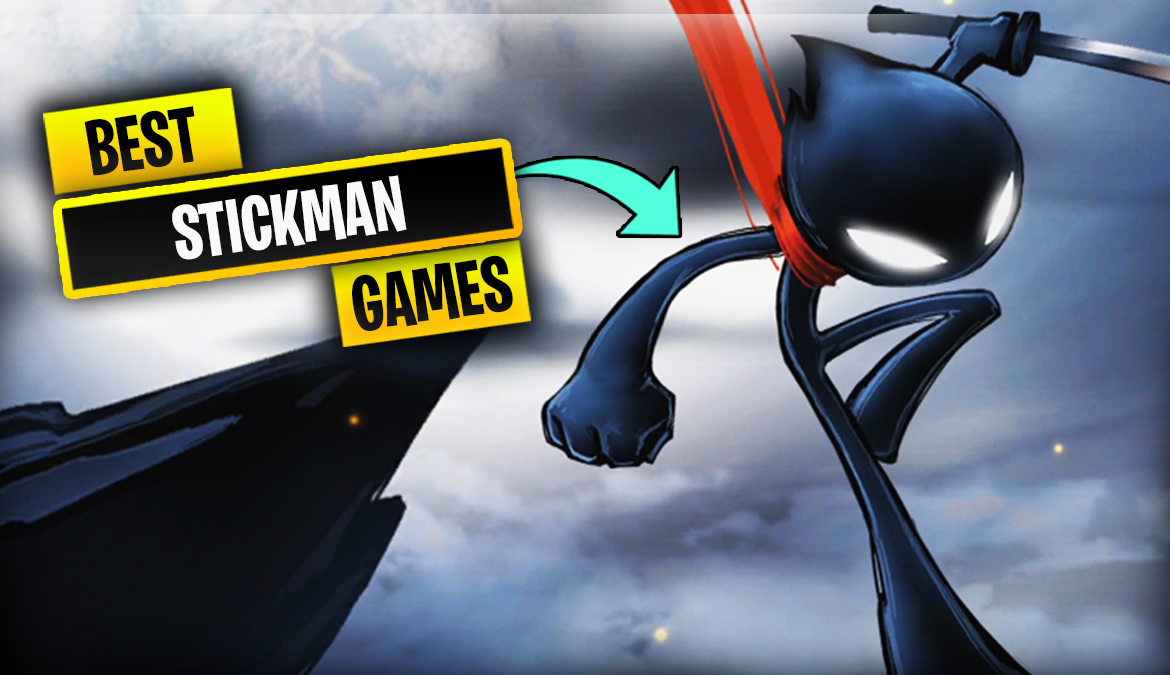 Do you enjoy playing Stickman games? if yes, then u are in the right place. Today we are covering 14 of one of the best Stickman games on mobile for Android & iOS devices and the best part is they are all Free-To-Play Stickman games.

Have fun playing with these stickman games on your Android/iOS. Oh! Also, most of these games can be played offline or online in real time PvP.

ACCEPT THE CHALLENGE ON THIS #1 FREE SHOOTING GAME 🥇
Ready to be involved into a red and dark world of crime?

Team up with Vinnie, Kiro & Shorty against different cartels around the globe.

Battle with your friends and people around the world in 1vs1 matches in astonishing, beautiful, hand designed skate parks. Perform spectacular tricks and combinations trying to beat your opponent to get his coins and get a chance to participate in the best high stake world events. Daily and weekly tournaments, freeride, 1vs1 matches, challenges and domination are just few of the awesome features waiting for you right now.

The followers of Stickman games still have not forgotten the feeling of tight guillotine and ecstatic graphics of Stickman Legend old version. And what would you expect in a recent version of Stickman fight and this revenge? Whether this revenge will end or not?

Stick War deserves as one of the best stickman games worth playing ever.

Shadow of Death: the knight game in the shadow fight style. Unite against the shadow of war and save the lost kingdom. Fight the shadow now!

Play a gripping pocket-sized fantasy action RPG on the go! Pushing the boundaries of mobile gaming, Shadow of Death is an offline knight game, which doesn’t need the internet to be experienced. Fight the way you want as players can select among 4 unique shadow knights, multiple gameplay styles, and loads of rare armor sets to conquer a hostile dark world.

A strange group of enemies appeared in the city and have been using innocent people as experimental tools.

Lots of people have turned into Zombie so that Hero and his friends should save the people and remove the enemies.

Stickman Ghost 2: Galaxy Wars is the best offline RPG game that you have never experienced. This offline RPG game is also the perfect combination between fighting games and action games. In this League of Stickman version, the stick hero returns to a more attractive, challenging gameplay in a combination of stick and war games. Transform into a ninja warrior.

League of Stickman is one of stickman style cross-action mobile game, it’s shadow fighters, smash up all enemies! blow all monsters! Ultimate challenge! An original multi-heroes real-time combat, a strong sense of combat with perfect sound effect, gives you a different combat experience.

Experience pure soccer fun with fast paced gameplay, an astonishing atmosphere, stunning smooth animations, simple controls, insane action and tons of replay value. Choose your national soccer team and rank up while playing various seasons in spectacular stadiums or simple dominate in street soccer style matches. Decide whether you want full control over your players with manual running and shoot timing or use the automatic running mode where you have control over precise pass timing and watch your players tackle your opponents.

Choose your favorite national soccer team from more than 32 different skilled teams and lead them to glory!

Get ready to be the greatest stickman shadow fighter of Stickman Legends World and master the Shadow!

You are a fan of role playing games? You like it to be stickman games? Welcome to Stickman Dragon Fight – Super Stick Warriors!

You will find it so much fun to experience this simple but interesting gameplay. The control is so simple that you will be amazed at how attracting the sound effects and graphics are.

The perfect combination of battle competition and action parkour, the unique cool game experience on mobile platforms, a new masterpiece of the world-famous Ninja Must Die series.

“Ninja Must Die 3” inherits the highly acclaimed art style and core gameplay of the previous game, and has carried out a comprehensive integration and innovation of parkour games and horizontal action games