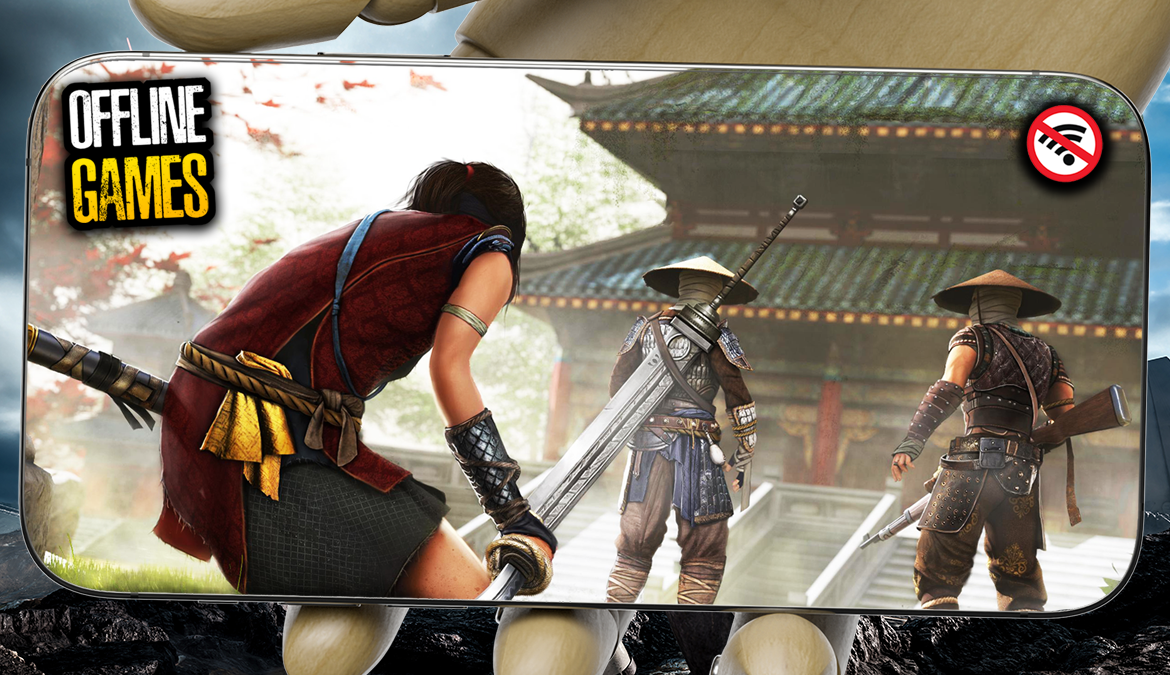 Here we are back again with another amazing list of mobile games that you can play without the need of internet connection.

In case you are in an isolated island and have nothing to do, no Wi-Fi to connect to the world, well don’t worry as your homie Plyzon got you covered with a list of 13 NEW Android & iOS games that you can play offline with no need of internet connection!

Relumine is a puzzle adventure game. A child named Relu delves into an abandoned mine and discovers a magic crystal. With the crystal’s power to rotate the world, she explores the ruins of an ancient society, is chased by a giant shadow and guided by mysterious spirits, in search of her long lost Papa.

The Evil King plunders the city and his robot soldiers appear everywhere. Citizens are segregated, some of them marked and forced to move out of their homes. They are made to live in a place that is sealed off from the rest of the city by a huge wall. Fortunately, the children are not alone – they have each other. Their friendship allows them to stay together, even though fate tries to tear them apart.

Come show your skills as a pilot and your intelligence to use the super powers of karts! With this perfect combination, you will be the great Starlit Kart champion!

Adrenaline fuels the mind-boggling races between heroes and villains from Starlit Adventures! Do you dare to join this team?

The game has multiple chapters of plot content, and players will also gradually unlock character story mode during the exciting breakthroughs to approach the world caught between the old and new gods’ beliefs.

Adventure Reborn is an adventure game set in a post-apocalyptic world, its unique atmosphere is built by colorful characters and a touching story, full of plot twists.

In the game you will direct the story of Hope, a brave girl with a mysterious past. Face the dangerous Crow cult and save your parents before it’s too late!

You will find the answers to these questions while exploring dozens of colorful locations. Take on hundreds of carefully designed puzzles. Meet amazing heroes and discover secrets hidden in the post-apocalyptic world of Reborn!

Beautiful fishing game!
Can you survive on a deserted island? Alone

You are a successful movie star, on a private jet flying to a vacation destination. Suddenly, the jet was struck by lightning.
You crash-landed onto an uninhabited island that isn’t even on the map, you find a bizarre altar, strange gems from dead fish, and feel a strange aura spread across the whole island…
Start fishing to survive on a lonely, desolate island.

Follow Martin as he does everything he can to save his favorite club, Balarm F.C., from bankruptcy. You might encounter a few interesting characters along the way.

Rush Rally Origins combines the classic top down racing action from the original Rush Rally with the highly praised graphics and physics from Rush Rally 3. Take on 36 new and unique stages across the world each with selectable time of day and weather conditions. Drive over many challenging surface types including snow, gravel, dirt, mud and tarmac!

Shadow hunter is an action-packed dark fantasy hack and slash game with an incredible combat system and awesome boss fights, assisted by a one of a kind character control mechanism and a perfect mix of RPG elements to make your adventure super immersive. 💥

Watch out, there are some humongous fungus amongus! But it’s no truffle at all cause in Gun Fungus we’ve armed you to the teeth. The levels are crawling with mushies so grab your biggest’n’baddest gun for this one cause it’s about to get really explosive really fast!

Blast, dodge, reload, repeat! But that alone is not gonna cut it, and don’t expect high morel standards from the shrooms either! This is a shred or get shredded scenario if you’ve ever seen one.

Become a legend of the speed in this car racing game. Race your car around the most exciting tracks in the world and beat your opponents.

The ultimate drive experience for racers.

Enjoy next-gen realistic graphics and feel the need for some arcade furious races. Improve your speed and take your driving skills to a real new level.

Carve shadow fighter’s path to vengeance in an unmatched adventure to end injustice. The darkness of Kurome destroyed what your clan tried to protect at the cost of their lives. Only one strongest shadow legend, Ryuko, has survived.

A very bleak, twisted, focused and most importantly, challenging experience. Explore the journey of brave shadow hunter who returned after 20 years of exile, in one of the best third person action RPG Japanese role playing game.

Ryuko isn’t available on iOS yet…

Experience a brand new adventure game set amongst a world of weird and wonderful fish planets. Explore beautiful environments, solve intricate puzzles and discover the truth about a mysterious little girl and her mechanical alter-ego, Cubus.

Adventure as a little girl
Explore vivid and atmospheric locations, meet intriguing characters, and solve elaborate puzzles – all on your quest to repair the Sacred Engine. As The Girl you are light and nimble, and so can reach areas of the world that others can’t.

TOHU isn’t available on iOS yet…