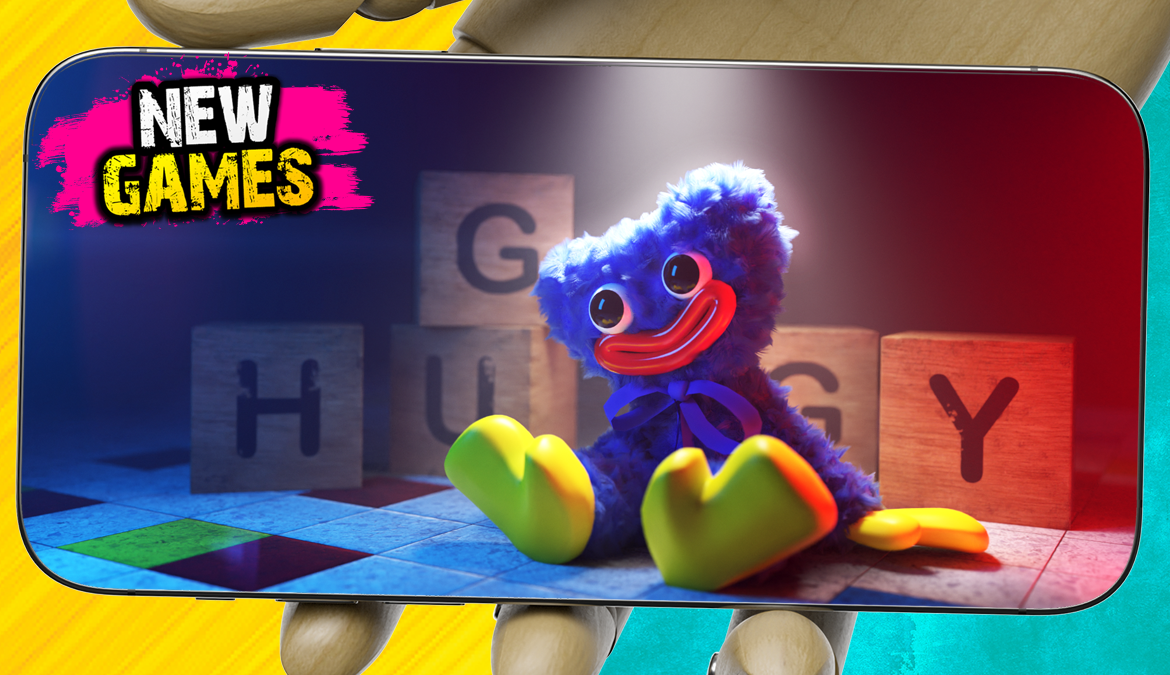 August seems to be dropping a lot of new spicy mobile games🌶️ so here we are back again with another banger video covering the best new Android/iOS games to play for this month – August 2022!

Explore one of Playtime Co.’s most popular locations, the Game Station! This Train Station is more than just a pitstop… there’s games, a playground, and much, much more. Even better- the train provides a straight shot right out of the factory.

This factory is filled with remnants of a crooked past- All you need to do is go deeper. Let’s ask Bunzo Bunny. Or perhaps PJ Pug-a-pillar has some ideas. Or maybe… Mommy knows?

The all-new Green Hand has been introduced into the GrabPack family! You can now carry power with you, remotely! That’s not all… you can grapple now too! Innovation has done it again.

Immerse yourself in the world of the new pvp shooting mobile game, on the battlefield. Choose your weapons, fighters and gear, devise the best strategy and lead your team to victory! Remember, don’t go it alone, keep in touch with your teammates!

Fight against players from all over the world, who can become the MVP of this battle?

Pineapple-radish salad is a favorite dish of the Chef named Chefy. Once again approaching the refrigerator, Chefy magically finds himself in new worlds in which he has to find the ingredients for his favorite dish!
Armed with your culinary skills and ingenuity, embark on this delicious adventure!

Collect ingredients as you make your way through dense jungles, snow-capped mountains and a viscous swamp.

Overcome 60 levels full of adventure and fun together with Chefy! Pick up unique cooking tools that will unlock superpowers for you, such as climbing walls with a sharp knife, teleportation with a frying pan and high jumps thanks to a cooking hammer!

Have you ever dreamed of having your own bakso restaurant?

Dream no further, because now you can do it all with Bakso Simulator!
In this world, you will own your own bakso restaurant with your old friend
Help the townsfolks by doing their quests and uncover all the secrets in town!

Set hundreds of years in the future on the distant planet of Aida, the shared open-world RPG, anime-infused sci-fi adventure Tower of Fantasy is coming. Players will be able to experience an anime-inspired post-apocalyptic sci-fi art style, freeform character development, immersive objectives, and exciting combat through thrilling battles and exciting open-world exploration.

In Tower of Fantasy, dwindling resources and a lack of energy have forced mankind to leave earth and migrate to Aida, a lush and habitable alien world. There, they observed the comet Mara and discovered an unknown but powerful energy called “Omnium” contained in it. They built the Omnium Tower to capture Mara, but due to the influence of Omnium radiation, a catastrophic disaster occurred on their new home world.

A new story unfolds in the world of Orsterra! Enjoy high quality graphics, engaging combat, and storytelling akin to OCTOPATH TRAVELER in this prequel optimized for mobile devices.

With over 64 characters at launch, explore an endless combination of characters to build your ultimate team. Pick the right team for the right fight and reign victorious on the battlefield.

Football with no rules! Use every item and unique ability to your advantage. Weaken your opponent and score goals.

Perform fun cartoon fatalities on your opponent to really rub it in! Be the best! Win and get trophies. Work your way up the ranks to unlock new abilities, arenas and characters!

– Cool boost mechanic that allows you to mow down thru the traffic when boost is full. Drive through megacity nights, sunny beach drives, mountain drives.. list goes on, 2 Radio channels with synthwave and electro bangers!

You’ll be fighting and competing in a team of 4 people against other teams over the space resources. The game has RPG elements: you can upgrade your character skills, change armor, weapon, and look of your character.

Fishing Planet® is a highly realistic first-person online multiplayer fishing simulator. Developed by avid fishing enthusiasts to bring you the full thrill of actual angling on your Android device.

Free-to-Play on all platforms and just a download away! Cross play on Mobile. People on Android and iOS devices can play together.

Compete online with other players in events and competitions with personal scores, achievements, leader boards and top-players lists.

Toy Rider is a mobile car racing game, what makes it different from a typical car racing game is, it is not just about speed it is about balancing, timing, proper use of power-ups & proper speed!

The game is inspired by the Table Top Racing & Micromachine game but with lots of upgrades and improvements. One of the best offline racing game.

Fear Surrounds is a 3D horror social deduction game. Specters hide among a group of good guys who need to root out the specters’ true identities asap. The game has dozens of professions and maps, making for a diverse experience that never gets old.

Players play as either specters or good guys and must determine who the killers are through behavior and speaking in meetings.

Good guys must constantly watch over the actions of those around them. During meetings, they must clearly describe their whereabouts, who they suspect and why.