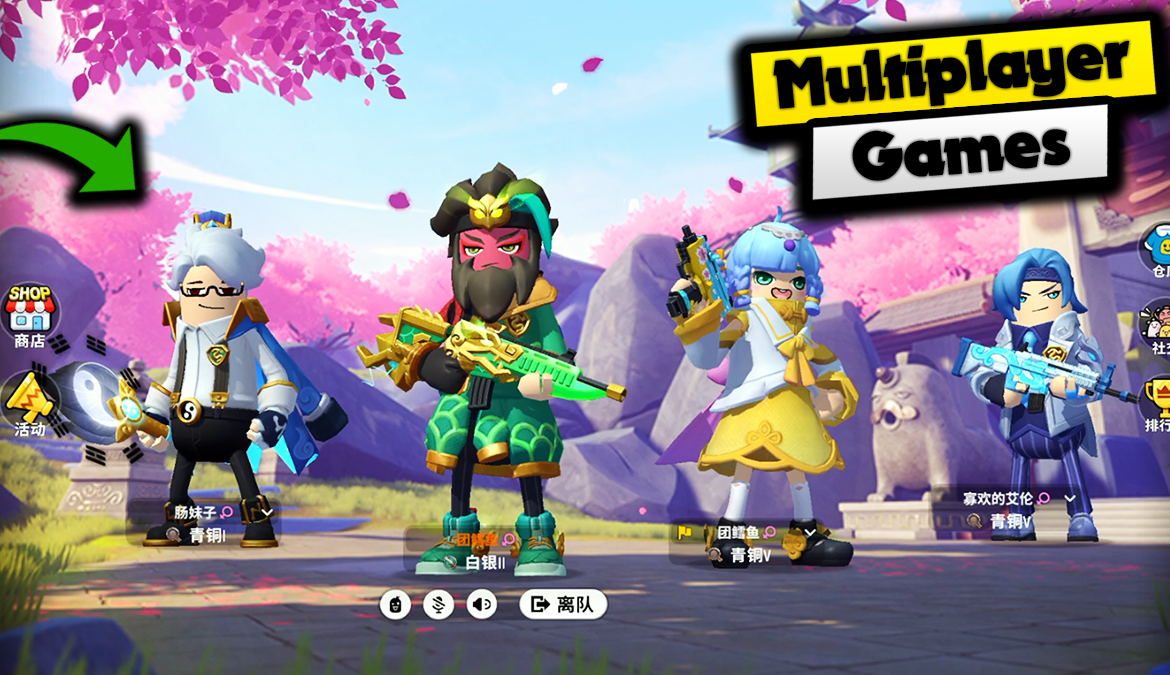 2021 is already here and now you are probably looking for some good mobile games to play with your friends on this year. Well, if this is the case, you are in the right video. Today we’re counting 13 Best Multiplayer Android & iOS games to play with friends in 2021

invite your friends, and prepare yourself for some epic battles, and let the year starts with some good action….. Enjoy! 🙂

Play online or over local WiFi with 4-10 players as you attempt to prep your spaceship for departure, but beware as one will be an impostor bent on killing everyone!

Crewmates can win by completing all tasks or discovering and voting the impostor off the ship.

The Impostor can use sabotage to cause chaos, making for easier kills and better alibis.

SLAM DUNK is a Real-Time 3v3 Basketball game adapted from the Japanese Anime – “Slam Dunk”. The production is supervised by Toei Animation and distributed by DeNA. Meet the original characters, watch the original story and those classic scenes.

You will be able to use those familiar skills like “Hua Hua Defense”, “Akagi Dunk” and “Lightning Fast”; experience the strength of each high-school basketball team. Let’s ignite your passion for basketball and feel those touching moment through the competitions. Enjoy creating and developing your very own playing technique!

Battle Racing Stars is the new Halfbrick Studios game you were waiting for!

Race to be the first to reach the goal, attack other players to slow them down and have lots of fun!

Enter the city of San Gracas, the hub of corruption and gang warfare, occupied by crooks and low lives, leading its inhabitants to adapt or break bad.

Experience a top-down, multiplayer shooter, with fast paced fights like never seen before in the top down genre.

Rogue Heist, an intense, competitive yet fun third person shooter game that changes the way you always looked at a Heist. This time it’s a two-sided story, both sides eyeing the same loot & that’s where the action lies. You team up with your crew in a 5v5 Heist Mode to experience some adrenaline pumping matches.

BiBi World is a bold and brand new project from Oh BiBi that allows you to play with all your friends, race through the city highs, explore incredible places, and finish the most challenging levels. Can you make it to the end?

Choose from a big range of unique and stylized characters and be part of one of the most fun, racing, platformer games out there.

Real-time multiplayer battle arena featuring the ghosts from The Haunted House! Win in GHOST WAR and enhance the ghosts you collected!

A world of ghosts where the cute ghosts that have ascended in The Haunted House rollick around! But the ghosts still remember the time when they were terrifying ghosts. They say there’s even ghosts that turn frightening again by obtaining Soul Energy from each GHOST
WAR match…

Pico Tanks is a fast-paced, energetic 3v3 tank brawler with a strong focus on team strategy.

Design your own unique tank with thousands of possible gameplay-changing combinations. Group up with your friends and compete in spectacular 3v3 battles across multiple maps and game modes!

Communicate with your team and overcome your enemies to claim victory in this team-focused real-time PvP battle arena.