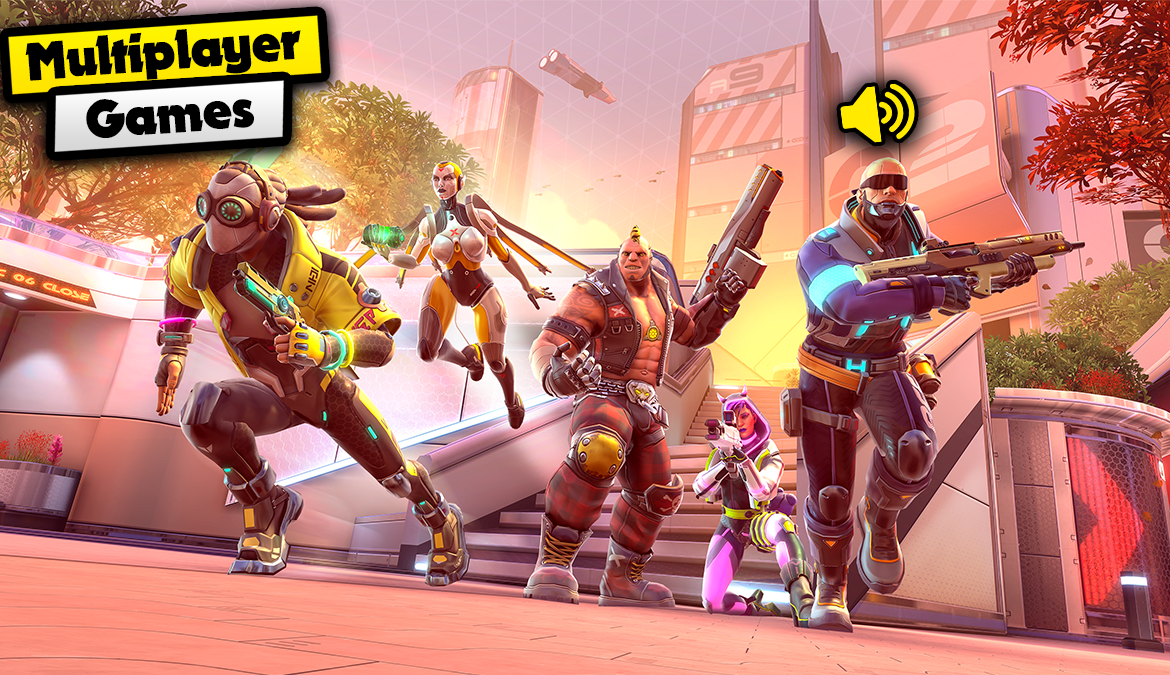 Multiplayer games have been the hype for a long period time, but even more since the lockdown. Online multiplayer games are your N1 choice to have some fun & stay connected with your friends.

So if you’re looking for some quality multiplayer games to play with voice chat option available, then you came to the right video as we are counting down 13 best online multiplayer Android & iOS games with Voice Chat feature so you can communicate with your friends or even random teammates.

If “Tom & Jerry: Chase” is not available on your country in google play store, you can download it from TapTap App like i did👇

Astracraft is a sandbox rover craft & combat game on mobile. Navigate your creation into a great space adventure!

This is an action game that challenges you to create and customize robots in order to defeat your enemies. Yup! you get to modify your robots with over 200 different modules. You’ll actually have to try hard to make two that are alike.

An explosive combo of man and Mecha! It’s more than high-tech in this arena, but how you strategize and adapt!
Man vs. man, Mecha vs. Mecha… All new exciting combat experience!

Cyber Hunter is a next-generation, competitive sandbox mobile game. It’s packed with a host of different elements, including survival, shooting, exploration, skills and much more, even including parkour! In short, it’s a brand new gaming experience.

SLAM DUNK is a Real-Time 3v3 Basketball game adapted from the Japanese Anime – “Slam Dunk”. The production is supervised by Toei Animation and distributed by DeNA. Meet the original characters, watch the original story and those classic scenes. You will be able to use those familiar skills like “Hua Hua Defense”, “Akagi Dunk” and “Lightning Fast”; experience the strength of each high-school basketball team. Let’s ignite your passion for basketball and feel those touching moment through the competitions. Enjoy creating and developing your very own playing technique!

If “Slam Dunk” is not available on your country in google play store, you can download it from TapTap App like i did👇

Lost Light not available for iOS yet…

Iron Man vs. Captain Marvel, Spider-Man vs. Deadpool, X-Men vs. Avengers! Epic 5v5 real-time super battles are about to shake the vast cosmos!
What are you waiting for? Grab your friends, form your ultimate squad and explore into the new and unknown Marvel MOBA-verse.

Come and Fight As A Super Hero!

If “Marvel Super War” is not available on your country in google play store, you can download it from TapTap App like i did👇

The only things left on that bloody beach are massive ruins, competing scavengers, and endless opportunities… Gear up and get ready to enter the hot zone of riches and danger.