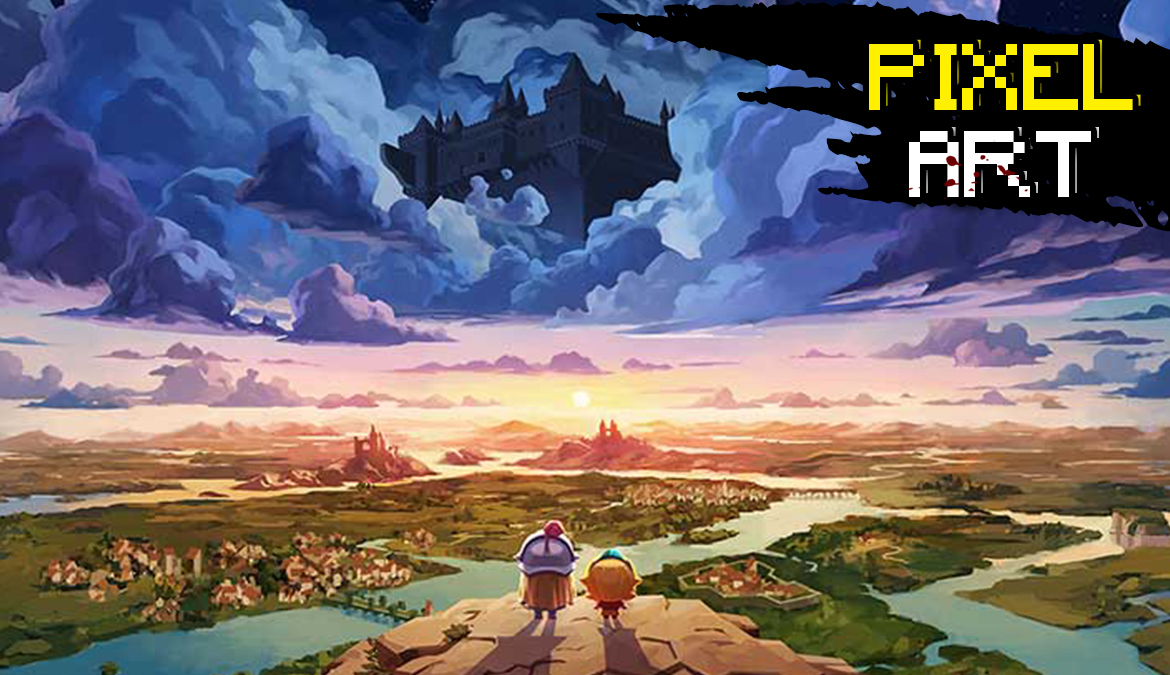 So today we’re counting 13 best Pixel Art games that you can play on mobile devices (Android/iOS).

Begin your adventure in Kanterbury, a world in turmoil from the Invaders’ attack, destined to be saved by the Legendary Guardian!

Dodge, duck, dip and dive your way to victory against powerful foes and massive bosses!

Explore dark and dangerous dungeons to challenge the behemothic bosses that reside within! Evil pig monsters beware, the hero has arrived!

“Weird things happen in Varedze…” …But not as weird as what is happening in your city.

Come on, why are you still reading this stuff? Hit download and enjoy the adventure!

Elona Mobile is a Roguelike RPG. Its open-world nature and complex system may confuse you initially, but will surely keep you fascinated sooner or later! No auto controls, no repetitive kills. Only a pure joy of exploring and expanding.

Use the environment and improve your skills to defeat the hordes of monsters lurking within. Find powerful items, meet strange creatures and play different unique classes in your quest to solve the mysteries of the Elemental Dungeon.

Challenge your friends for a brawl or let them join your quest in amazing multiplayer games!

The Farm: Sassy Princess is a terrific farming RPG from DAERISOFT. It has cute pixel graphics and the gameplay is very addictive. The game has a fairy tale-like story. King Brassicus wants the princess to get married to a charming prince as early as possible, but his darling daughter refuses to do so.

It’s picnic time! Help the penguin to push tasty treats onto the picnic blanket. In Picnic Penguin you can push multiple blocks at a time and rearrange them to open the path and complete the levels. Picnic Penguin is a real treat to enjoy in your spare time! Picnic Penguin features several worlds to unlock with a huge variation of puzzles to solve while finding coins to collect all the skins on the gashapon machine.

DERE EVIL EXE is both a terrifying thriller with a gripping story and an unorthodox retro platformer with unique puzzles and obstacles.

In DERE EVIL EXE, you step into the tiny shoes of a silent hero named ‘Knightly’. Knightly must jump, run, and manipulate environments in order to survive the heart-racing journey through a stunning pixel art world.

Every wrestling career has to start somewhere. For you it’s the mean streets of Rowdy City. You will meet a variety of characters throughout your career, some who want to help you and others who maybe have other plans for you.

Harvest Town is a simulation mobile game with pixel style. It has high freedom and gathers various RPG elements to create a real and fascinating rural life.

Apocalypse has come. It had been prophesied centuries ago, and people all over the world of Ylkis were expecting it, ready to one day face the wrath of the Gods.

Chaos reigns, and the End of Times seemed inevitable. But the Gods seem to have given us one last chance. The Dungeons have opened and hope has been brought back. It is said that for every Dungeon conquered, the world will live another day, and that humanity may prove its worth to the Gods once again.

And so the race against time began. Will you save the world from its impending doom, or will you be the one who brought upon its extinction?

Within just a few days, most of humanity had been infected. All that is left are countless bodies and wandering zombies. But you, the hero raised in Doomsday, became a fury survivor to accomplish your mission.