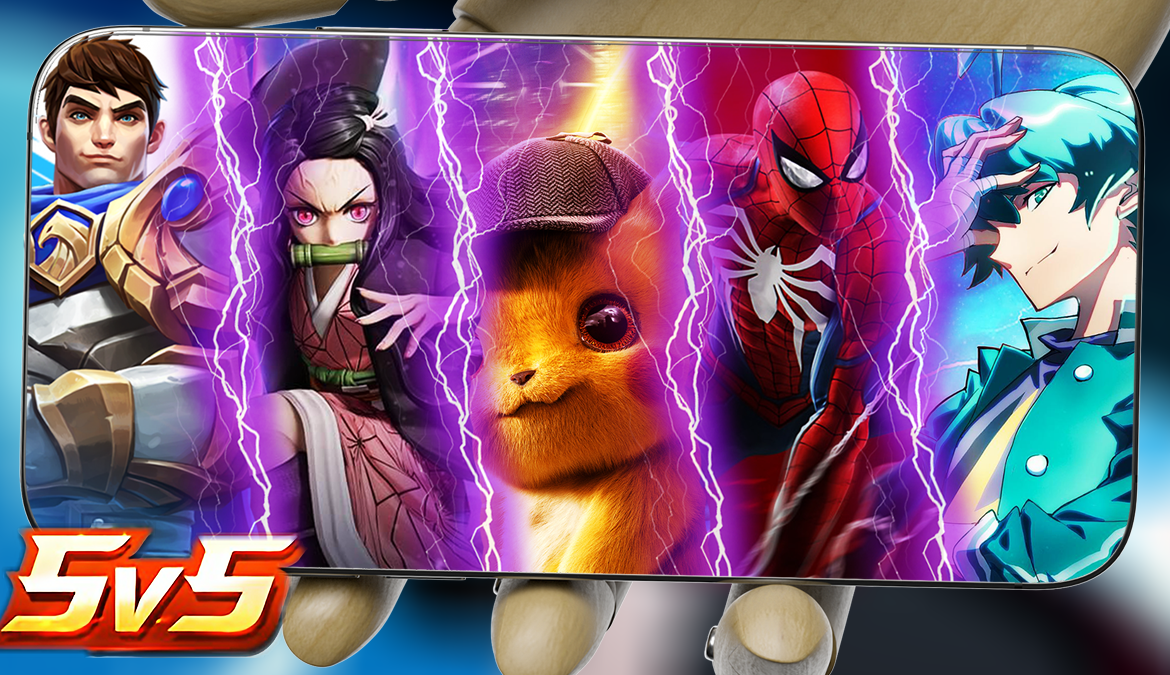 MOBAs have been around for a long period of time, and this genre always keeps on bringing more content and fun to it’s players, so if you’re looking for some addictive and fun Moba game to play either in solo queuing or with your friends, then don’t look any further. Here’s Top 13 Best 5v5 MOBA games to play on Android & iOS in 2021 and beyond!

Onmyoji Arena is a game developed by NetEase that uses the characters and settings from the RPG Onmyoji. It’s a MOBA where you control various Shikigami to fight in ferocious online battles against other players.

In terms of gameplay, you can compete in different arenas using the known system of control and destruction of towers scattered around the map. In addition to the classic 5v5 mode, you can also participate in an original 3v3v3 mode where three teams have to try to take control of the center area of the map.

oin your friends in a brand new 5v5 MOBA showdown against real human opponents, Mobile Legends: Bang Bang! Choose your favorite heroes and build the perfect team with your comrades-in-arms! 10-second matchmaking, 10-minute battles. Laning, jungling, tower rushing, team battles, all the fun of PC MOBAs and action games in the palm of your hand! Feed your eSports spirit!

Vainglory is an award winning free-to-play cross-platform MOBA with the strategic depth and mechanical skill that you’d expect from a PC title, but playable with your friends anywhere on any device.

Featuring incredible graphics, precision controls and competitive gameplay parity across all platforms, Vainglory lets you party with your friends and match up with players around the world on desktop or mobile!

Experience a new kind of Pokémon battle in Pokémon UNITE. Team up and face off in 5-on-5 team battles to see who can score the most points within the allotted time. Work together with your fellow Trainers to catch wild Pokémon, level up and evolve your partner Pokémon, and defeat the opposing team’s Pokémon to prevent them from scoring points. Put your teamwork to the test, and take home the win!

Pokémon Unite had a CBT not too long ago, it will come later this year, so stay tuned, you can pre-register on TapTap Store:

Legend of Ace (so-called LoA) is a 5v5 MOBA game. But it’s more interesting than the others.

LoA has improved a lot to the game’s strategy. It replaced the item system with a card system. Therefore, players won’t be suffering from item recipes. Instead, there are hundreds of cards to choose to enhance a hero. Every player can have a unique strategy for any hero.

LoA is fast-paced. Each game takes only 10 minutes. So players won’t miss the other beautiful things in their life. Imagine the difference between calling back to girlfriend within 10 mins and 30 minutes

Welcome to Heroes Evolved – a free global strategy and action game where you will be a part of a 5-member team aiming at destroying the enemy base! This is a really fun MOBA in which there are 100+ unique heroes for you to choose to battle against real rivals from all over the world. You can make the most of your skills, teamwork, intelligence and strategy to survive and succeed in the game.

Call on your teammates to join you in the jungle! Crush your enemies in classic 5v5 combat in real time! Draw first blood, carry your team, and become legendary in the arena!

Join thousands of players in the ultimate online Action-RPG: Customize your team of Champions, embark on an epic adventure and clash with enemies in real-time 5v5 battles. Welcome to Dungeon Hunter Champions.

Iron Man vs. Captain Marvel, Spider-Man vs. Deadpool, X-Men vs. Avengers! Epic 5v5 real-time super battles are about to shake the vast cosmos!

What are you waiting for? Grab your friends, form your ultimate squad and explore into the new and unknown Marvel MOBA-verse.
Come and Fight As A Super Hero!

if “MARVEL Super War” is not available in your country on google play store, you can download it from TapTap App for Android👇

Get ready to immerse yourself in the first mobile Multiplayer Online Battle Arena (MOBA) ever with all localized contents! Champions Legion is compatible with all devices and purely free-to-play. Play with friends, gear up, and be the strongest Champion in this highly competitive game!