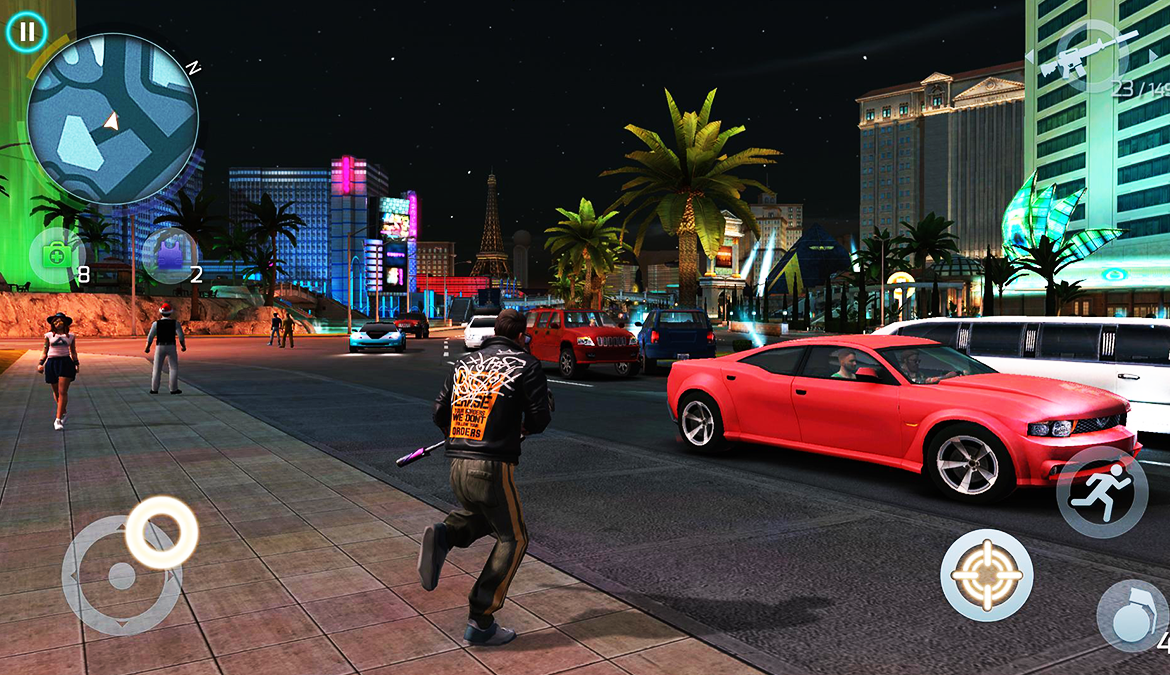 The games you will be seeing in this video combine all the necessary elements (The action, the cinematics, the cutscenes, solving puzzles, the graphics, the visuals….etc) to give you the best gaming experience.

So sit back, plug in your headphones and relax, and enjoy your gaming journey! 🙂

Til Morning’s Light is not available on iOS!

Hundred Soul is filled with thrilling action packed battles
where your reaction to every second dictates the flow of action.

Experience real action through various combinations of equipment and unique companions called Fellows, to match and exploit each enemy’s weaknesses.

In this episode 2, you play as the raging Arashi, who finally escapes from the frozen prison which was created by Dosu, a cruel evil shadow demon. Arashi continues his pursuit after Dosu to rescue his son and unveil the shadow behind Dosu’s plan. However, the journey will be much more challenging this time.

Ninja Arashi 2 features simple yet addicting gameplay, giving you thrilling moments and unexpected experiences. The RPG elements allow you to upgrade your ninja skills and dwell into the depth of the game mechanic.

How far would you go to save your pet? Follow a young boy on a sensational journey like no other as he sets off to rescue his dog Bear from a mysterious fire hydrant that snatched the canine in the night! Big Fish Studios is proud to present Fetch, an adventure tale that will warm your heart and keep you glued to the screen!

This is a first-person adventure thriller with an interactive environment and interesting quests. Solve puzzles and uncover the secrets of a suspicious neighbor who lives across from you.

You need to get into the neighbor’s house. You will find many traps, obstacles, locks and closed doors. If you are careful , you will outsmart all opponents, get to the mysterious basement and find a lot of interesting things.

Yongbi M is a legendary game!

The original story is perfectly rendered, and the hidden story and the exquisite graphics of the battles can be fully realized in 2D.
Easy to use, just touch and click to enjoy the battle.

Ultra-luxurious action role-playing game Yongbi M, with a simple one-touch operation, you can have everything from golden flowers to red dragon swords!

YOU’RE ON A CASE… BEYOND THE REALM OF POSSIBLE!

Step into the shoes of Adam Wolfe, an investigator of the paranormal, in one of the most exciting first person adventures of all time! Haunted by the mystery of your sister’s disappearance, give chase on the streets of San Francisco, and witness the interplay of crime and supernatural phenomena worthy of any great thriller story!

Unruly Heroes is a 2D action-adventure mobile game developed by the indie team at Magic Design Studios and published by Perfect World. The story is inspired by China’s first mythological novel “”Journey to the West” and strives to bring players an innovative experience through a fantastical art style and hilarious plot.

Blade of God 2 is a 3D hard-core action game, and also a sequel of the “Blade of God series”. In this game, players will be one of the painful, sadness, ordinary, but great heroes; to adventure among the huge and mysterious Nordic kingdoms, to fight with the “sacrificers” who once lost their “destiny”, and launch a self-salvation travel.

This story happened before the Ragnarok, when the Nordic kingdoms were surging with an unknown undercurrent. Odin, the king of the gods, launched a war to capture great souls. Loki, the evil god, appeared from the deep darkness. Chaos, the challenger of fate; Ester, the awakened Valkiri; Hela, the exiled queen of Helheim; and Ziegfeld, the Dragon Slayer. They all have different goals, and they are going to open the prelude of the Ragnarok in this dark age.Fold

Blade of God 2 is not available on iOS yet!

Darkness Rises is a revolutionary Action RPG that blends gorgeous graphics, innovative gameplay, and intense boss battles, all within the palm of your hands.

Darkness spreads across the land, bringing with it a horde of ferocious demons ready to breach our gates. An epic fantasy RPG awaits – the path will be grueling, but you must persevere and descend into hell itself to destroy this evil before it ravages our world.