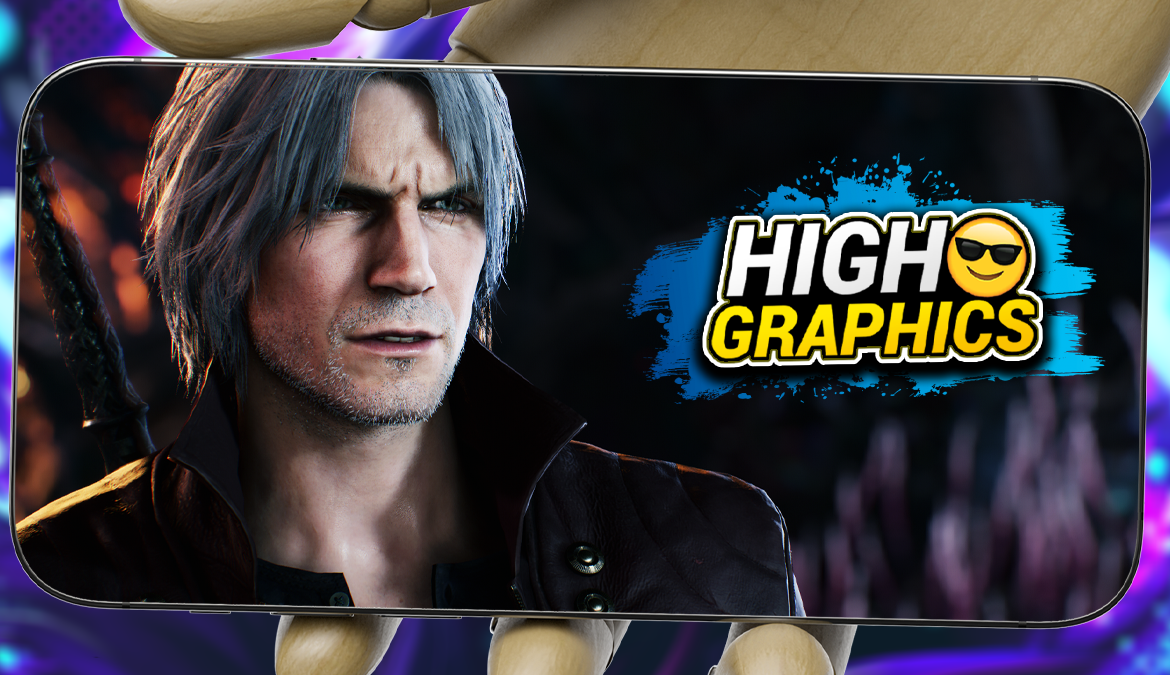 Mobile games have been on a role in 2021, we’ve seen so many big & major releases in the past few months, and it looks like game companies have no intention to stop producing more and more amazing games.

Let’s take a look on some of the newest high graphics games that have been recently released on Android & iOS devices.

Keep in mind that these games are just a small teaser of what is actually coming, so be sure to stick around the channel so you don’t miss out on future uploads and more amazing games.

《Devil May Cry: Peak of Combat》 is an authorized mobile game created by Yunchang Game, with the deep participation of the official team of CAPCOM Devil May Cry! The game inherits the Devil May Cry’s free, flexible, strategy skills and gorgeous, unconstrained fighting style, and at the same time, it also brings players an immersive combo experience with its industry-leading motion capture technology, which perfectly reproduces the most distinctive battles of Devil May Cry, make the experience more diverse.

*bilibili account is required to play the full version*

NieR Re[in]carnation is a command-action RPG for mobile devices from Square Enix and Applibot.

A girl awakens on a cold stone floor.
She finds herself in an infinitely vast place filled with buildings that touch the very sky. Guided by a mysterious creature who calls herself Mama, she begins to explore her new surroundings.

When the girl came to, she was collapsed on the stone floor of The Cage. Though she is kind and has a bright personality, she wears a collar and bandages for reasons unknown, and is plagued each night by horrible dreams.

Rec Room is the best place to build and play games together. Party up with friends from all around the world to chat, hang out, explore MILLIONS of player-created rooms, or build something new and amazing to share with us all.

if your Android device isn’t supported to download “Rec Room” from Google Play Store, you can download the game from TapTap 👇

In the near future, due to extremely serious environmental pollution and resource depletion, the earth is no longer suitable for humans to live in. Humans who have lost their living bases have discovered a suitable planet “Trus”. Truth’s creatures are huge and cruel, and human weapons here are nothing but scraps of iron.

With Hotel, the native of Truth, telling humans about the mysterious resource called Arethstone. Humans also have a way to fight against giant monsters.

6 – My Hero Academia: The Strongest Hero

The action packed world of My Hero Academia is now available at your fingertips! Be the hero you always wanted to be from the hit anime, take powerful Quirks into battle and fight against villains alongside other players!

Roleplay as your favorite heroes (or villains!) from MHA! This strategy RPG gives you full control over anime characters – train hard, upgrade their skills, equip gear and even feed them to reach the top of the Hero Rankings!

Vive le Football is the latest soccer game developed by NetEase. Here you get the chance to get up close and personal with the magic of this great sport.

The gameplay in Vive le Football is completely adapted for mobile devices. After customizing the look of your manager, you’ll be ready to start working on everything concerning the club that you’re going to lead. To control your players, you just have to use the directional joystick on the left side of the screen.

Discover your inner builder in the open world of Portia!

A top hit 3D simulation RPG on PC has now arrived on mobile! Inherit your Pa’s workshop, craft and build your way to compete for top builder in town! As you explore and discover hidden relics, restore the glory of human civilization on this post-apocalyptic land. As you grow into a seasoned builder, bond with NPCs and townsfolk to build a circle of friends and romance!

Are you ready for a revolution?

METAL REVOLUTION is the groundbreaking new fighting game that brings the soul of the classics into a new era. Embrace the new generation of the fighting genre with intuitive controls, deep gameplay mechanics, and console quality graphics at 60fps. Pick your favorite cybernetic fighters, from a Muay Thai boxer to a katana-swinging crimelord boss, and prove your skills in global ranked matches. Or jump into classic arcade mode to learn more about the game’s Cyberpunk universe with each fighter’s story arc. Whether you’re a casual gamer or a fighting game purist, it’s time grab your quarters and get ready for a new challenger!

if you can’t Metal Revolution in your Google Play store, you can download it from here👇

Design unique appearance, choose your side and burst into exciting online PvP battles designed specifically for mobile devices! Fight and develop your tactics according to arena, your side, guns and style of warfare. Dive into never ending action and strike your enemies with one of several dozens available shooter guns!