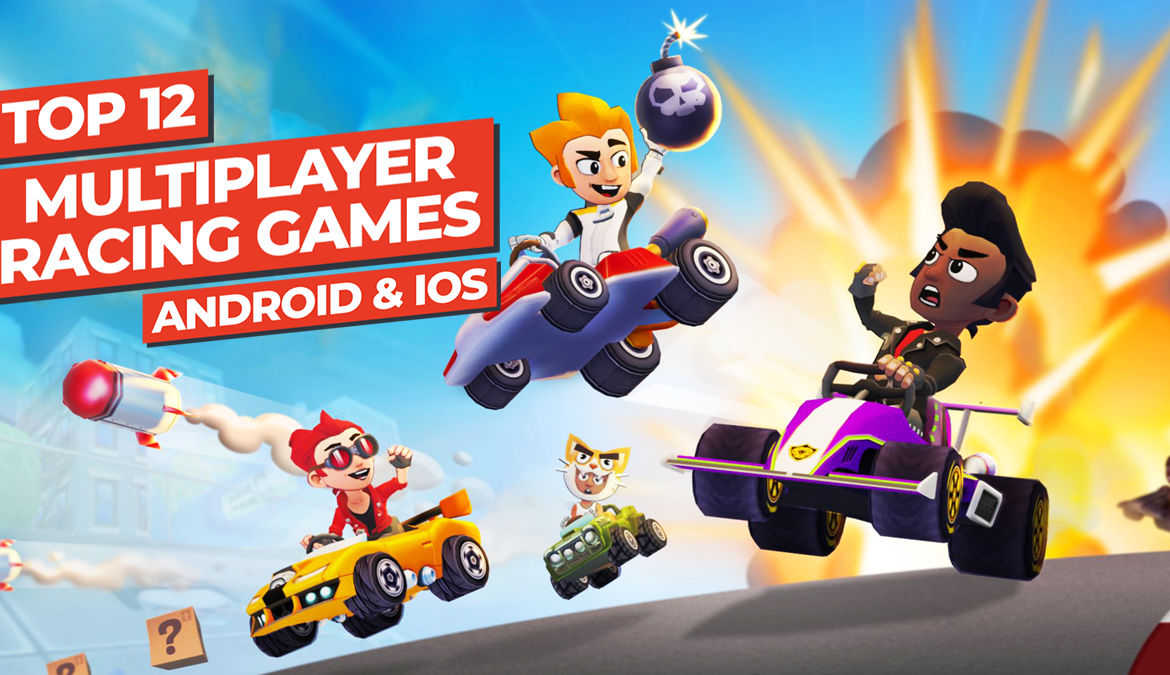 Tuning Club Online is a unique driving game in real time via the network. Stop racing the rival ghosts or bots. Build your car, play with friends and rivals around the world.

Pick up boosters on the levels to slow down your opponents, earn money, get nitro, pick up the crown or arrange a real bombardment.

In Asphalt 9: Legends, take the wheel of real cars from high-end renowned legendary car manufacturers, such as Ferrari, Porsche, Lamborghini, and W Motors, among many other international brands. Drive, boost and perform stunts across dynamic real-life locations in single or multiplayer play. Racing adrenaline, brought to you by the creators of Asphalt 8: Airborne.

Level up your skills and race through the streets like a pro with precise manual controls. If you prefer to cruise, TouchDrive™ is a driving control system that streamlines car steering to let you focus on decision and timing. This feature is perfect to let you focus on the environment, the soundtrack and the sound effects.

Give life to your machine. Bathe the road in your rivals’ oil and gasoline. Rise to glory, shiny and chrome!

Arm your car with a diverse arsenal of post-apocalyptic weapons and nitro powered gear and take on furious road as you race, flip and battle your way to victory!

Blow up your rivals in fierce pvp battle races while defending yourself from unrelenting waves of fiery lead! Prove your skill on the mad roads and wastelands of a desert dystopia as you risk everything in perilous flips and tricks to rev up your engine to the max and leave only fire and rubble in your wake!

Compete with real rivals from all around the world using the gift gems. Make drift, take the hardest corners and use the turbo to beat your rivals. When you win the races, full of surprise gifts will be waiting for you.

Rally ONE isn’t available on iOS yet…

Its simple controls make it easy to learn for even the most casual players. But understand: It’s called Mad Skills for a reason. This game will challenge you like no other racing game can. After all, motocross is not supposed to be easy.

Rec Room is the place to build and play games together. Party up with friends from all around the world to chat, hang out, explore MILLIONS of player-created rooms, or build something new and amazing to share with us all.

Battle Racing Stars is the new Halfbrick Studios game you were waiting for!

Race to be the first to reach the goal, attack other players to slow them down and have lots of fun!

who will decide your own path. Select from a variety of gameplay modes that will pave your way to victory.

Speed Race: Earn licenses that unlock more challenging race tracks as you progress and rely on pure drifting skills to reach the finish line
Arcade Mode: Choose from a selection of gameplay modes such as Item Race, Infini-Boost, or Lucci Runner that add an extra layer of fast-paced thrill to your races.

Ranked Mode: From Bronze to Living Legend, climb up the Racing Tiers and earn respect among your peers.

Ace Racer is an innovative racing mobile game. Let’s become super racers and join the Speed Festival. There are various real cars from legendary car manufacturers and surreal cars with a range of customizations, every car has its own special Ultimate, let’s enjoy the thrill of racing and takedown the competition!

Every car has its unique Ultimate, you can flash through walls, transform while driving and drift with high-speed! Enjoy every minute of driving and never follow the routines!

POWER UP YOUR GAME
Perfect driving is not enough – take out the competition with a wide arsenal of bombs, soap bars, chili peppers and other crazy weapons and power-up items!

BATTLE YOUR FRIENDS ONLINE IN PVP RACES
Create your own custom lobbies where you can pit your skills against your friends in frantic PVP kart races.

We know it’s great car racing game, we are playing it ourselves!

If you like car games and PvP games, you will love NITRO JUMP RACING, the fast-paced, and fun racing game.
All Cars are customizable – collect various parts and race!
We are racing worldwide and our players are very competitive.