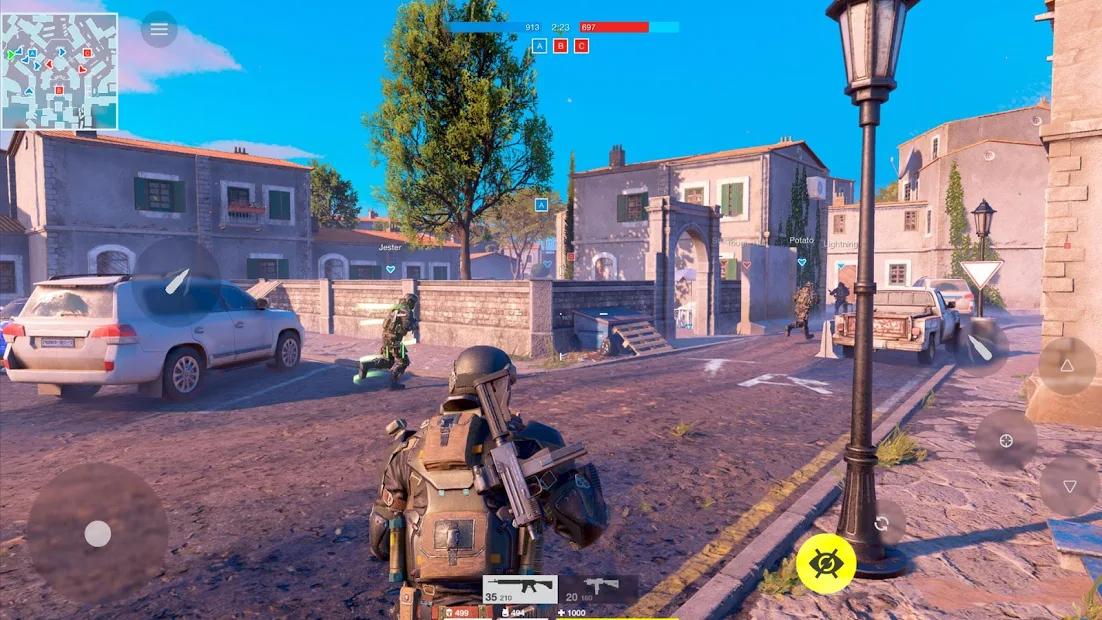 3rd person shooter games are one of the best games genre on Mobile. So today we’re covering a list of 12 Online Multiplayer TPS/TDS Games For Android & iOS to play!

Battle Prime is a fast-paced third-person multiplayer shooter with console-level graphics on your mobile device. This tactical battle simulator is focused on superpowerful heroes with unique abilities, formidable arsenal, and high-adrenaline action.

The next-generation war simulation has already started — it’s time to join the fight! Strike first, kill your enemies, survive, grab rewards, and show everyone who’s the coolest Prime among the ranks!

Looking for a great bank robbery third person shooter game? Welcome to the right place, where you face off against the cops in over 70 bank shooting challenges in the best tps game online!

Welcome to en epic Rage of Car Force game!
You will have various cool combat vehicles in your battle arsenal. Choose your unique car and go to crashing cars riot!

You can take new auto right in match 5v5 and joining crash! Become the best in multiplayer crashing cars! Invite your friends and play ABSOLUTELY FOR FREE!

Jurassic Monster World: Dinosaur War 3D FPS is a mobile game like you’ve never seen before. Battle metal-plated monster dinos in a post-apocalyptic world! A synchronized 5×5 PvP free-to-play action shooter with different modes! Control beasts on land or in the sky, fully mechanized, augmented or organic: the choice is yours!

Tame and command dozens of blood-thirsty metal hunters ready to destroy anything in their paths to win!

Lead your team to victory in this unique PvP tactical team shooter! Choose from dozens of different heroes with unique play styles and abilities.

Unite with friends, set a strategy, and be the last team standing when the battle ends!

You will meet a bunch of sly enemies with various unique abilities in this online shooting game, third person or better say top-down shooter! Take care of your head, because allies can drop on it from the clouds!

The most incredible free online multiplayer hero based battle royale on mobile. 50+ Heroes to recruit and go hunting with! Ally with friends to ensure survival!

Food Gang is a 2D action game in which two teams of two players face off in exciting online battles. The most entertaining part is that each player controls a walking piece of food with an attitude.

Get ready to discover one of 2020’s best games! Play explosive 1v1 duels against players from all over the world with this amazing FPS & TPS designed for your phone. FRAG PRO SHOOTER is a free shooter game by Oh BiBi.

The year is 2030, and war has become the new global norm. In an ongoing conflict for nuclear weapons and the spoils of war, multiple factions meet each other on the battlefield. In this endless war, justice and sin are intertwined and no one escapes the undercurrent of violence. As an elite soldier, the time has come for you to take up arms and fight alongside your teammates!