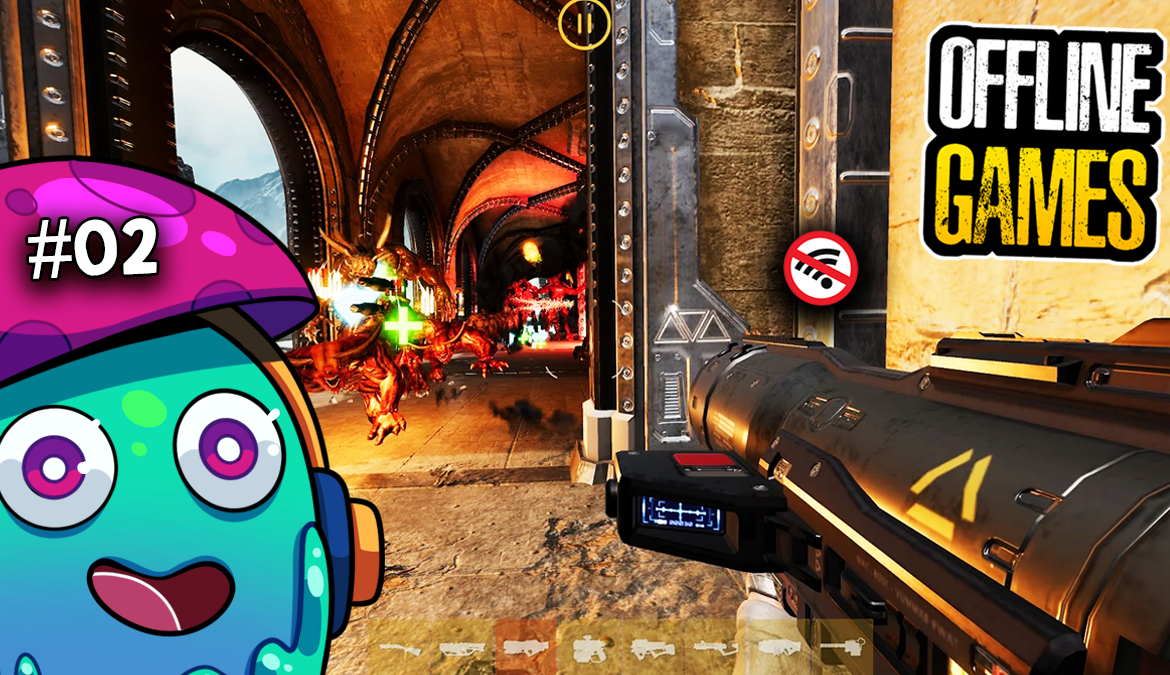 Let’s say your WiFi is down, what are you going to do about it? We’re gamers, and gamers don’t have time to waste, here’s 12 OFFLINE Android/iOS games to play when you are nowhere near an internet connection.

You must stay alive in this horror/puzzle adventure. Try to survive the vengeful toys waiting for you in the abandoned toy factory. Use your GrabPack to hack electrical circuits or nab anything from afar. Explore the mysterious facility… and don’t get caught.

Playtime Co. was once the king of the toy manufacturing industry… until everybody inside of the factory one day disappeared into thin air. Now, years later, you must explore the abandoned factory and uncover the truth.

Rebuilt from the ground up, Rovio Classics: Angry Birds is a faithful re-make of the original Angry Birds game that took the world by storm!

The survival of the Angry Birds is at stake. Dish out revenge on the greedy pigs who stole their eggs. Use the unique powers of each bird to destroy the pigs’ defenses. Angry Birds features challenging physics-based gameplay and hours of replay value. Each level requires logic, skill and force to solve.

Slime Labs sequel is here! Explore a laboratory full of traps and critters lurking in the dark. Slime Labs 2 is a physics based platformer where you control a blob of green ooze that can squish, stretch, shrink, and attack enemies using its sticky tongue. Collect all the data-disks hidden in the levels and perfect all the stage.

‘Backyard Parking – Stage Two’ is back, bigger and better than before! Master countless exciting missions, unlock unique vehicles and customize the look of the vehicles in the new styling mode. Experience parking like never before!

Enter the wide and detailed world of ‘Backyard Parking 3D – Stage Two’.
Experience awesome 3D graphics and impressive sound FX that will sweep you off your feet.

You’re about to enter the parallel space , a world of whimsy and unusual.

You will play the role of a pilgrim to explore from the foot of the mountain. The hall without people, The dark ancient temples, The study room with exotic treasures, you can go through each vague clues to uncover a different world in the organs and props.

How to solve each puzzle and find the final answer? What kind of ending awaits you? Everything is hidden in the secret room in the mountain, waiting for you to explore!

MAXIMUS 2 is a fantasy beat-em-up (brawler) that focuses on crunchy and satisfying combat. We captured the spirit of some of the best classic beat-em-ups, melding them into one memorable experience. Fight solo or with up to 4 players cooperative multiplayer!

MULTIPLAYER co-op in real time, fight together with up to 4 players online or on the same device with Bluetooth controllers.

Simulate role-playing metaverse life as a food delivery driver in Osaka
In-depth tour by bicycle in open world Osaka attractions
And you’ll have a home in Osaka, Japan.

Drive around the open world maps or get out of the car, bicycle, control your officer and have fun in our new 2022 simulator driving car cool game.

With the pace of technological development, our lives increasingly rely on machines. But is that a good thing?

Technology can lead us astray, but it can also be our redemption…
One day in the distant future, the obsolete household robot Abi finds the hibernating industrial robot DD, and together they escape the warehouse in which they have been locked away. Once they get out, they discover that humans have mysteriously disappeared from the earth. Where did the humans go and what can explain their disappearance? It’s up to you, Abi, and DD to find out.

Based on the global success of the Pumped BMX series, Pumped BMX Flow is a new FREE game that challenges you to complete challenges and smash high scores. Spend your winnings to unlock wild level obstacles, stunning bikes or fresh new characters!

For the first time ever in a Pumped BMX game, you can now ride FOREVER – the jumps keep going as long as you do! Earn credit to unlock more level packs, adding crazy obstacles and a mind boggling amount of variety to your runs!

Thief Simulator is a game that simulates thief theft. Become the best thief. Gather intel, steal things and sell them to buy hi-tech equipment. Do everything that a real thief does in thief simulator.

Observe your goals and collect information that will help you burglary, accept the challenge, steal the best secured house, buy some high-tech anti-theft equipment, learn new thief tricks, sell the stolen goods to passers-by, avoid too much Attention of the police, do whatever a real thief does!

Welcome to Rise Of Demons, fast paced old school style first person arena based shooter you all have been waiting for! With fast responsive controls, realistic graphics and full action packed gameplay, slay demons and hoards of zombies as you race against time with futuristic arsenal available at your disposal.

A fresh new perspective.
Unique never seen before gameplay on mobile platform. With large hordes of zombies on your screen to unique demons you will want to slay more and more enemies. With modes like time trial to extra life pickups the game gives you full choice & complete freedom to master the levels.

Emma has awoken to a mystical world that is familiar yet strange to her. While exploring this world, she comes to the realization that the adventure she’s embarked on somehow reflects the past experiences of her own.

“Within” is a narrative-driven adventure mobile game for you to explore your inner self. We call for those who are fans of mobile games containing exploration and murky forlorn atmospheres to come follow Emma’s footsteps into this desolate fairytale world. Awaken your past secrets and retrieve the very definition of oneself.

Within isn’t available on iOS yet…