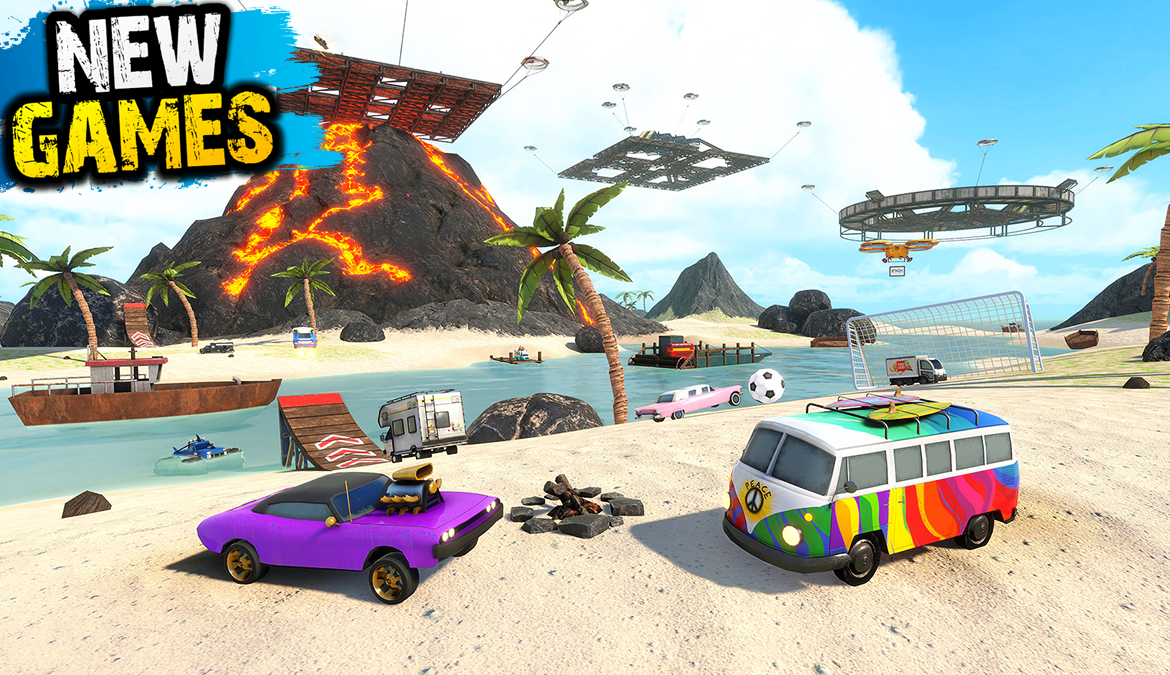 Carrying on with every new month, we try to keep you up to date with the newest games for Android & iOS, so here’s your monthly newsletter where we have gathered a list of 12 best new Mobile games to check out on July 2021.

If you want to try “MARVEL Future Revolution” soft launch for android, you can download it from TapTap App👇

“Collect Bits!” is an easy to control game with exciting cleaning action!
Let’s go on a journey to collect BITS from all over the world by controlling the main character “CHARO,” the cleaner, and his brave partner robot “LUCIS.”

A beautiful and quirky world awaits the player, with refreshing breezy meadows, snowy fields, and rainy mechanical towns. You can even revisit your favorite locations once you have cleared the stages!

Orlando’s on the run!

Chased by the Queen’s army. Lost. Defeated. This fallen king is no one’s idea of a hero. The world itself is working against him. He’s a failure; just trying to survive. But wait! With friends in unexpected places, perhaps his cause is not lost. After all, villain or hero, it’s all a matter of perspective, right?

Tap, press and swipe to solve the extreme, challenging puzzles in this exciting sequel to Roterra: Flip the Fairytale™! Be advised, these puzzles are not for the faint of heart!

Help mischievous Mort. He’s gotten himself into another mess! Thrilling adventure awaits you in this new 2D fighting game with role-playing elements!

Death’s young apprentice has accidentally let loose Apocalypse, the most dangerous and terrible demon of all, the incarnation of madness itself and the Council of Eternity’s enemy number one! That Mort! When will he learn? Now you must find the demon and seal him back inside a bottle in the vortex of the well of time, where he is running amok and wreaking havoc, before it is too late.

Immerse yourself in a fascinating tale of adventure, level up your character, battle monsters with superattacks, and use your brains and brawn in battle! Fortune will smile on you, have no doubt!

If “Little Reaper” is not available on your country in google play store, you can download it from TapTap App like i did👇

RETRO GOAL is a fast and exciting mix of arcade Soccer action and simple team management, from the developers of hit sports games NEW STAR SOCCER and RETRO BOWL. Play the first 10 matches for free before unlocking the rest of the game to shoot for glory!

With graphics inspired by the most beloved football games of 16-bit era and the accuracy of modern touchscreen controls, you’ll be slotting away goal after goal with pixel-perfect precision. Choose a team from the world’s favorite leagues and recruit the superstars, professionals and hotheads who will lead you to victory – then take full control on the pitch and make every touch count!

Embracelet is a critically acclaimed puzzle adventure game with a touching story. Play as teenager Jesper, who inherits a mysterious bracelet and travels to the small island where his grandfather grew up. Can you unravel the mystery behind the powers of the bracelet? Forge new friendships and have a journey you will never forget!

Botworld is a huge, beautiful and varied world which you can explore as you venture out to collect rare scrap and discover new bots. Enter new environments, meet a variety of characters, collect rare treasures and uncover the many secrets hidden in Botworld. You can explore freely the many lush forests and arid deserts but make sure you have a strong team of bots because you never know what’s around the corner.

Path of Evil: Immortal Hunter is an action RPG hack and slash inspired by the greatest old school games.

• Hack and slash your way through hordes of terrible monsters.
• Slash and loot and upgrade your equipment with sacred items to get ready for the final battle with the devil.
• Classic action RPG mechanics, your skills will be your only ally to defeat your enemies!

an exciting and fast-paced multiplayer basketball esports game. Play in 3×3 matches against your friends and players from around the world!

Challenge professional players from all over the world and make a name! Give what you’ve got to climb up the ladder and make it to the top! Be an admired superstar on the global leaderboard, and collect exclusive rewards every season!