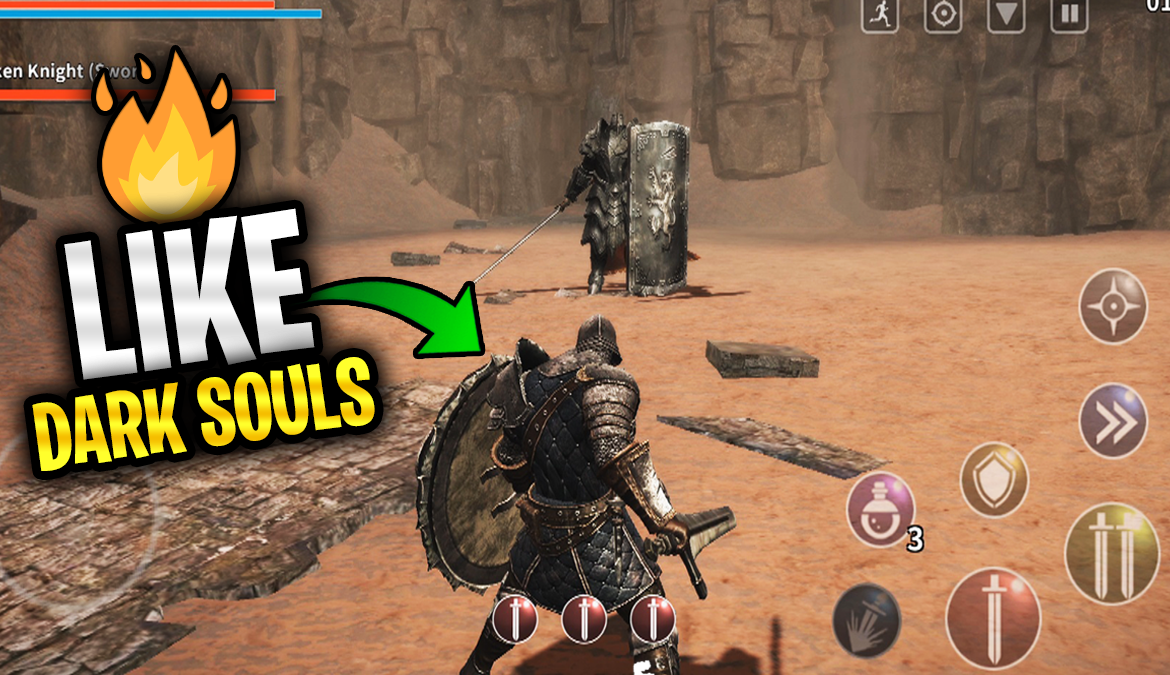 Dark Souls is a series of action role-playing games. The series has a reputation for being extremely difficult. So today we’re going on the role to discover the best Android & iOS that are similar to Dark Souls games.

We found 12 Mobile Rpg that we think you will enjoy playing if you a dark Souls fan.

ANIMUS is an Action RPG that calls upon you to bring an end to a dying world. Button mashing will get you killed. Keep a keen eye on your stamina as you block, dodge, and strike down your enemies.

Players take on the role of the painful, sad, ordinary, but great heroes of mythology as they venture through the vast and mysterious Norse kingdoms on a journey of redemption, fighting the “sacrificers” who have lost their “destiny”.

Welcome to the brutal dark fantasy world that is Ire – Blood Memory. Take on the role of an anonymous champion on a pilgrimage to piece together a broken realm, and to subdue the forces of nightmare. Higher powers are involved in your predicament, and your role is to slowly gain awareness , and ultimately come to terms with the powers that are responsible for your fate.

Unleash your internal warrior in fights controlled by decks of cards! Fighting game never was so easy-to-start but so deep in tactics. Plan your fight with setup of card deck and win over those who rely only on rough force and luck!

The Elder Scrolls: Blades is a first-person RPG set in the world of The Elder Scrolls. Now players are back to reunite as members of The Blades (aka. Imperial Intelligence Service) — the elite agents of the Empire. Your aim: rebuild your hometown after its complete desecration by unknown enemy forces.

Start your adventure with sword and magic, increasing your experience and enchanting weapon in a fantasy open world.

Every encounter with the enemy is a challenge, an enemy behind any wall. Freedom of battle, goal capture characteristic of the game genre.
Battle with elite enemies, invasion of alien worlds, battle companions. Co-op and pvp in a fully seamless world.

A malicious power stirs in the forgotten kingdom of Vallaris. Tasked with discovering the fate of its lost king, your quest quickly takes a sinister turn and you are cast into darkness. Surrounded and outnumbered, you must grab your sword, steel your temper and fight your way through a land that does not welcome you. Except for the friendly merchant – he’s grateful for your business.

A Resurrection after death. There are a Knight and a Tombstone of a Lady
in the Delusion of space. When the Night falls with the sound of wheels, those who are drawn to the Tombstone come close, and the Knight spends the Night fighting against them alone.

The RPG you’ve always been waiting for has finally arrived on Android devices!

Anima, compared to other mobile ARPG, is highly dynamic and leaves the player the chance to fully customize its character, based on their play style, preserving the charming style of the old classics.

BOG has a multi-camera system to immersive gameplay with a fascinating storyline.