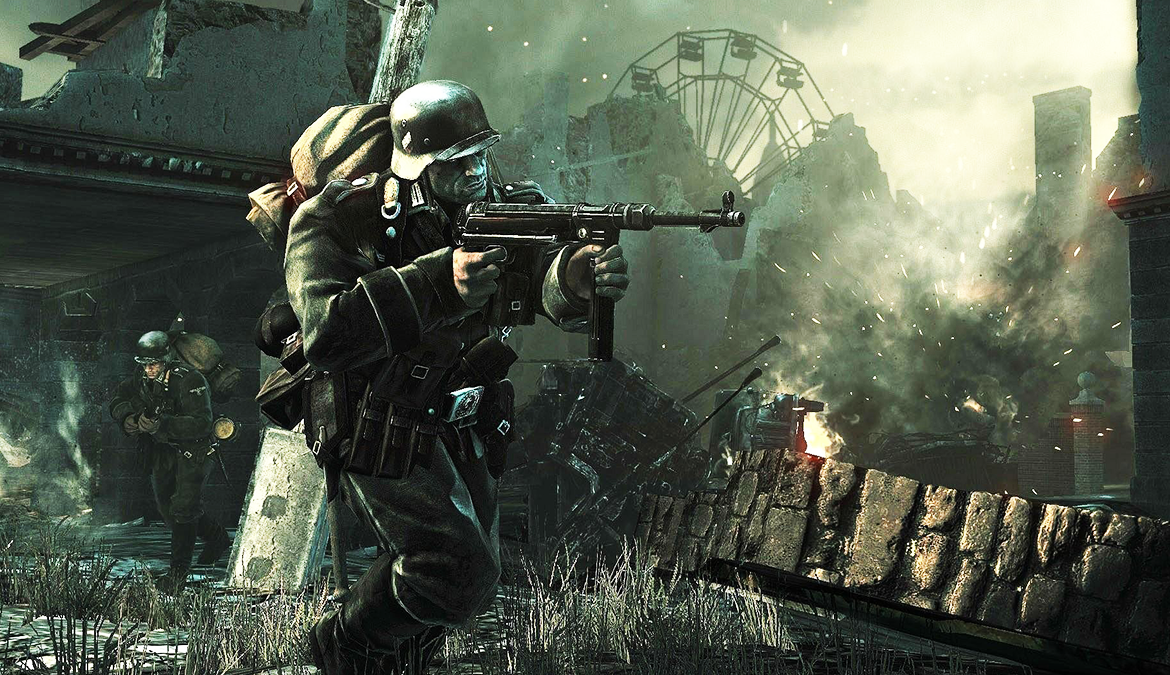 Are you looking to play some games that reflect World War events? Or games similar to Battlefield? if yes, then here’s 11 best war games for android & iOS!

Battle players from around the world in crazy WWII-era online combat!
Destroy the enemy and survive vicious tank battles in the center of Berlin and other cities.

Participate in team and deathmatch battles, and plant bombs and defend them.

Start shooting with the game that has it all: lots of game modes, weekly events, battle royale & a full fledged campaign!

Step onto the battlefield and answer the call with the title that raised the bar for first person shooter games with its great graphics, high-powered guns, and intense online multiplayer action. Create a squad from 10 classes, add your friends for team play, and test your skills in dynamic arenas or through Battle Royale warfare against online rivals from around the world!

Fight brave soldiers from around the globe on the frenzied multiplayer battlegrounds of World War 2 or become Sergeant Wright and experience a dramatic, life-changing single-player journey, in the aftermath of the D-Day invasion.

Ghost of War is not available for iOS yet…

Meet a truly legendary MMO shooter for your mobile device! Become part of a community of millions of players from across the world, take a vehicle into your first massive tank battle, fight in a 7×7 format, and win! Check out the extraordinary variety of vehicles, maps, modes, and possible strategies in this online tank shooter game!

World War Polygon is a first-person shooter from WW2. When the world falls into the hell called war, it needs heroes who will stand against evil. World War Polygon allows you to be such a hero! The single player campaign is full of epic moments, story cutscenes and heroic deeds.

Become a brave soldier that will go from D-Day in Normandy, through the Battle of Bulge in Ardennes and finally to Berlin. Experience also the Eastern Front in the skin of a Soviet soldier that will have to endure the Battle of Stalingrad and fight in Eastern Europe. Help ending the World War in 1945 during fall of Berlin as a part of allied military force.

Traditional single-player first person shooter missions are accompanied by special tasks, like shooting planes with AA guns, defending your position with mortar fire, destroying tanks or bunkers with a bazooka and sniping enemies at long distances.

Build and upgrade your fleet, team up to shoot, snipe and destroy your enemies in intense realistic PVP multiplayer shooter game. Featuring over 200 historical military ships from WW2 and WW1. Build and command a navy of war machines in the best online ship simulator game!

Grab the control yoke of a warplane and jump into the battlefields of World War 2 in this thrilling combat flight action game. In each of the campaigns for USA, Great Britain, USSR, Germany and Japan you will assume the role of a pilot and squadron leader of an elite air force unit, established for the most dangerous and strategic missions that can turn the tide of war.

In Warplanes: WW2 Dogfight you take control of over 50 historical airplanes – from classic fighters to light and heavy bombers. Spitfire, P-51, Hurricane, Lancaster, Il-2 “Shturmovik”, La-5FN, Ju-87 “Stuka”, Fw 200 “Condor” and B-17 “Flying Fortress” are only a few of the beautiful machines that you can fly, repaint, customize and upgrade.

You are a Nobleman. You have the best equipment, the best weapons, and the best armies. Only you can destroy the enemy!

The year is 1896, and war has begun… To your right, Militia are cut down by saber wielding cavalry. In the distance, cannon fire echoes as a lumbering Steam Tank fires its auto cannons. Your Gatling Gun Team unleashes a salvo of fire, cutting down an enemy squad like wheat. Behind you, the drone of your Frigate Class Airship reassures you before unleashing its salvo of supporting fire.

You are a Nobleman, and it’s up to you to lead your armies to victory!

If you like war games with World War setting you will definately need to play this game. Stanning graphics, exciting gameplay, lots of historic weapons and armor give you ability to plunge into the world of heroes.

You can choose several action games such as Team Deathmatch, Deathmatch, Capture point, Arm Race, Knives only and even Bomb mode.
Use various FPS strategies on different maps, be smart and don’t forget about tactics.