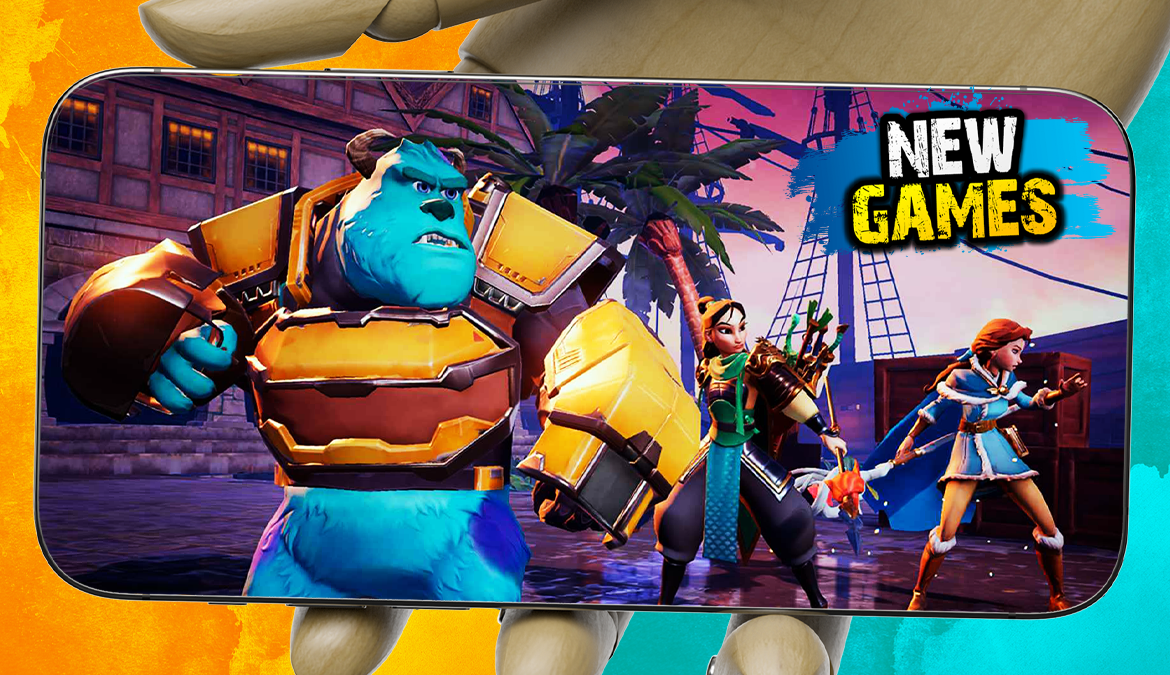 April 2022 is here and it’s time to take a look on the best new Android & iOS games to play for this month! Here’s 10 Best NEW Mobile games to play in April 2022 for Android/iOS!

This is Disney Mirrorverse, a visually stunning new action RPG game for mobile, set in an all-new divergent Disney universe where players assemble teams of amplified, action-ready, 3D Disney and Pixar characters to battle against a dark force.

Discover an ever-evolving story as you play through Story Quest mode with loot-filled chapters, limited-time Event Quests, and Dangerous Dungeons to explore. Experience the thrill and excitement of real-time action combat as you control the Mirrorverse Guardians’ individual actions, combat arsenal, team strategy, and special attacks. Build alliances with friends and compete to gain powerful rewards. Customize and strengthen your Guardian’s abilities through a deep character progression system, finding the best team combinations and strategies for the ultimate win.

If “Disney Mirrorverse” is still on pre-register for you on your Google Play store, click the logo underneath to download the beta version of the game from Apkpure site👇

Play as 2 dots and travel through the ages of typographic styles and techniques. From the
rock paintings of prehistoric times to Pixel art of the 2000’s, solve all the riddles by riding the most popular fonts and characters (Garamond, Helvetica, Times New Roman, Pixel, Comic Sans…) in a very captivating musical and visual environment.

Type:Rider is an adventure puzzle game produced by AGAT – EX NIHILO and ARTE that brings gaming experience to a whole new daring level.

“Gear Enigmas” is a hand-drawn adventure puzzle game that tells the story of a young mechanician named Carl found the secret of his grandfather in the house and uses the puzzle to restore the truth of what happened several years ago, at the same time, protecting his family from evil enemies. In this game, players will at the first-person perspective. The exquisite scenes and the beautiful and soft game music make players feel as if they are in the beautiful steampunk scene, searching for clues, solving puzzles and exploring the truth together with the protagonist.

MAXIMUS 2 is a fantasy beat-em-up (brawler) that focuses on crunchy and satisfying combat. We captured the spirit of some of the best classic beat-em-ups, melding them into one memorable experience. Fight solo or with up to 4 players cooperative multiplayer!

MULTIPLAYER co-op in real time, fight together with up to 4 players online or on the same device with Bluetooth controllers.

Racing Heroes is a fun, fast-paced arcade racing game. Team up with your friends or go solo as you race it out in real time online matches. Advance your way through the leagues and seasonal battle pass to earn cool rewards for your vehicles and heroes!

Compete against your friends or other players worldwide in this fast and frantic arcade PVP racing game. As the races are in real time so you can bash, smash and crash into your opponents as you race to the podium

Feel the call of multiplayer battles with tactical gameplay and killer features? OUTFIRE is a breathtaking new top-down shooter! Rush in, arm up, and do your duty by leading your team to victory!

Fight for survival in this multiplayer non-stop carnage. Eliminate all your enemies and become the last fighter standing.

The original rhythm platform game is back! Test your skills with all-new levels, online battle royale and more.

ALL-NEW LEVELS featuring awesome music and crazy new mechanics like guns and portals. Tap to jump, fly and shoot your way through four worlds, each with a unique theme and an intense boss battle.

◈ Game Introduction ◈
▶ Graphics and directing that go beyond the limits of mobile baseball games!
Realize the appearance and unique form of real players using motion capture!
10 stadiums implemented in the same way as in real life,
Enjoy a realistic baseball game with detailed production!

▶Player cards and baseball cards where you can see the history of Korean baseball at a glance!

If “Pro Baseball 2022” isn’t available in your Google Play store, click the logo underneath to download the game from TapTap Store👇

T3 Arena is a fast-paced, easy-to-learn 3v3 shooter. Team up with your friends and charge into battle from your mobile device – anytime, anywhere! Tons of unique heroes, exciting game modes, and effortless auto-firing weapons all await you in the thrilling competitions of the T3 League!

Heroes hailing from powerful factions and alliances all over the world have answered the call of the T3 Arena. They compete for fame, fortune, and priceless T-Crystals. From rock stars to military veterans, mysterious hackers to extraterrestrial beings, you’re sure to find a hero that matches your style. Switch out their skins and claim your place as the true star of the competition!

「Everywhere」 is a stream-of-consciousness game that focuses on finding the differences in the beautifully designed 3D scenes, both casual and educational. The slow-paced gameplay is suitable for taking out and playing anytime and anywhere.

The scenes in the game are inspired by life, games, and movies, and the biggest difference with the classic 2D find the difference game is that you can experience the fun of discovery and exploration at higher latitudes, with improved zoom functions, plus a wide-angle perspective effect to make the environment richer. The process adds other features to the gameplay expecting players to get their hands on the experience, it’s time to come together with your buddies to compare who has more eyesight ~~

Everywhere isn’t available on iOS yet…